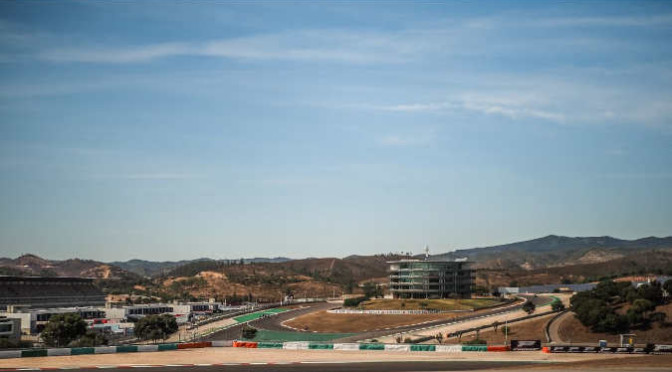 A new contract extension ensures the Autodromo Internacional do Algarve remains on the WorldSBK calendar for five more seasons
Autodromo Internacional do Algarve and Dorna WSBK Organization (DWO) have reached an agreement to keep the WorldSBK Portuguese Round at the Portimao circuit until 2027. The circuit has been part of the MOTUL FIM Superbike World Championship since 2008, with the exception of 2016. Since then, it witnessed some thrilling WorldSBK action over the 14 years, hosting 29 WorldSBK races and countless memories.

The Portuguese circuit has been the scene to some memorable WorldSBK moments since it first hosted the Championship back in 2008, from Troy Bayliss’ double win in 2008 in his final round before retirement, to Ben Spies’ 2009 title, claimed by overhauling Noriyuki Haga in a stunning season finale. More recently, the fierce battling of Toprak Razgatlioglu and Jonathan Rea from 2021 hit the headlines, as well as Alvaro Bautista’s superb win in Race 2 of 2022. The 2023 round promises to deliver more of the same and the paddock looks forward to the annual trip to the Algarve until at least 2027.
Paulo Pinheiro, AIA CEO:
“We are proud to have retained our association with WorldSBK and to host the Portuguese Round for another five years. As well as being one of the most high-profile events in world motorsport, WorldSBK was the inaugural event at AIA Portimao when we opened our gates for the very first time in 2008, and that makes it an important and special part of our history. The racing is always thrilling, the fans love it and come in their thousands, and it is a great opportunity for us to show off the beautiful Algarve region.”

Gregorio Lavilla, WorldSBK Executive Director:
“We are delighted to have reached this contract extension of five more seasons with the Autodromo Internacional do Algarve. The Portuguese Round has always been a key event of the Championship and having it back until 2027 highlights the importance of the venue on the WorldSBK calendar. We look forward to continuing to work with the circuit to keep building on a popular event. It’s always a hit with the fans but also with the riders and the paddock community. The circuit’s spectacular layout always provides some great action and the on-site experience meets the highest standards thanks to the venue’s world-class facilities.”