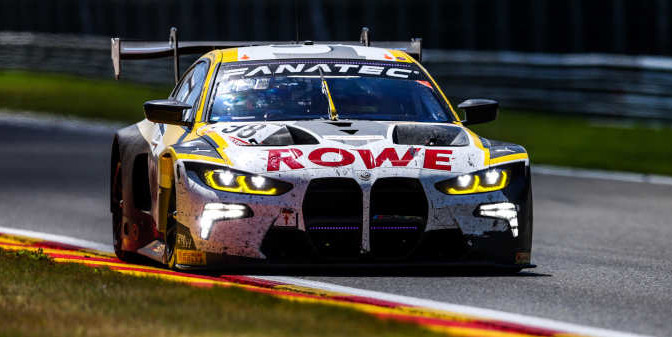 The final stop is Barcelona where ROWE RACING is hoping to end the 2022 season on the podium in the GT World Challenge Europe Endurance Cup team standings. This Sunday (2nd October) sees the fifth and final race of the series take place at Circuit de Catalunya‑Barcelona. With 62 points, the St. Ingbert team is currently third in the driver standings, one point ahead of fourth-placed WRT team; nine points separate ROWE RACING and Iron Lynx in second place.

The team will receive back‑up from “returnee” Philipp Eng in the fight for the podium position. The ROWE RACING institution from Austria last competed for the St. Ingbert team in the 24h Nürburgring at the end of May. He contested his last race with the team in GT World Challenge Europe almost exactly four years ago, when the series was still called Blancpain GT Series – at Barcelona. The DTM driver and BMW M works driver will be standing in for Dutchman Nick Catsburg, who is unable to take part this weekend due to a calendar clash, and will be sharing the cockpit of the #98 BMW M4 GT3 with two fellow BMW M works drivers. Augusto Farfus of Brazil and Nick Yelloly of Great Britain, who with 32 points, are seventh in the driver standings going into the final race.

Right in front of their team-mates, with a tally of 36 points, is the BMW Junior Team in the #50 BMW M4 GT3, made up of Britain’s Dan Harper, Germany’s Max Hesse and Neil Verhagen from the USA. They trail fifth place by just one point, fourth place by four points and third place by 13 points. At their most recent appearance at the ROWE RACING home event at Hockenheim, the trio finished in ninth place.

The race weekend at the Formula 1 circuit just outside Barcelona gets underway for the St. Ingbert team on Saturday (1st October). The free practice session is scheduled for 9:00 to 10:30, followed by pre‑qualifying in the afternoon, from 13:40 to 15:10, which will also last 90 minutes. Dan Harper will be at the wheel for the one‑hour Esports race from 18:45 to 19:45. The starting grid for the race will be determined in qualifying from 9:45 to 10:45 on Sunday (2nd October), with the race itself starting at 15:00.

Hans-Peter Naundorf, Team Principal ROWE RACING: “We are hoping that our performance at Barcelona will be better than at Hockenheim. I am confident that we will be able to hold onto a top‑three position in the Endurance Cup team standings. A podium finish in the overall standings would not be a bad end to this year. We are not quite where we wanted to be, but we had a few technical issues in the first year with the new car. However, the team did a first‑class job at all times, some factors such as the late delivery of the cars and the issues with replacement parts meant that more wasn’t possible. It is harder to receive a reliable new car for endurance races than it is for one‑hour sprint races.”