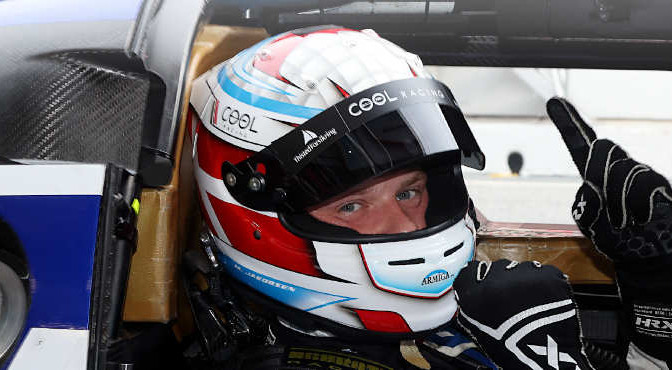 Swiss team Cool Racing will start tomorrow’s 4 Hours of Spa-Francorchamps with cars at the head of the LMP2 and LMP3 grids. The LMP2 pole position was secured by reigning ELMS champion Yifei Ye, the Chinese driver making an early bid with a 2m04.515 lap just before the session was red flagged due to a the no43 Inter Europol Competition Oreca spinning and ending up stranded in the middle of the track. With less than 6 minutes left on the clock the session restarted and there was a flurry of activity as all the teams headed out for a quick lap.Patrick Pilet in the no28 IDEC Sport Oreca was the first driver to post a 2m03s lap with a 2m03.851, while the rest of the field jostled for 2nd place.

As the chequered flag approached Yifei Ye crossed the line in 2m03.544 to secure pole position for the 4 Hours of Spa-Francorchamps, 0.307s ahead of the no28 IDEC Sport Oreca in second spot.Third on the grid will be taken by the no65 Panis Racing Oreca after Nico Jamin posted a 2m04.172 to push the no22 United Autosports Oreca of Phil Hanson into 4th spot at the chequered flag.

LMP3 – Five from Five for Malthe Jakobsen and Cool Racing
The no17 Cool Racing Ligier-Nissan will start the fifth race of the 2022 ELMS season from the class pole for the fifth time thanks to a 2m11.062 lap from young Dane Malthe Jakobsen, who finished the 12-minute session 0.8 seconds ahead of the rest of the field.
The no2 United Autosports Ligier of Kay Van Berlo will start alongside the lead car after the Dutch driver put in a 2m11.922 lap around the 7km Circuit de Spa-Francorchamps, 0.860s behind the no17 Ligier and 0.3s ahead of Nico Pino in the no13 Inter Europol Competition Ligier.
The only Duqueine on the 13 car LMP3 grid finished the session in 4th place, the DKR Engineering run car posted a 2m12.346 lap in the hands of Sebastian Alvarez.

LMGTE – First Pole for Grunewald on ELMS Debut
The no57 Kessel Racing Ferrari secured pole position for the 4 Hours of Spa-Francorchamps, with American Conrad Grunewald putting the Swiss team at the front of the LMGTE grid on his ELMS debut.
Grunewald made an early bid for pole with a 2m17.183 lap, which he improved to 2m17.074, a time that was never bettered during the 12-minute session. Second on the grid went to the no69 Oman Racing with TF Sport Aston Martin of Ahmad Al Harthy, the Omani finishing on a 2m18.185 lap. 1.111s behind the yellow Ferrari.
Third fastest was the no32 Rinaldi Racing Ferrari of Diego Alessi, pushing the no83 Iron Lynx Ferrari of Sarah Bovy into 4th at the end of the session by just 0.036s.