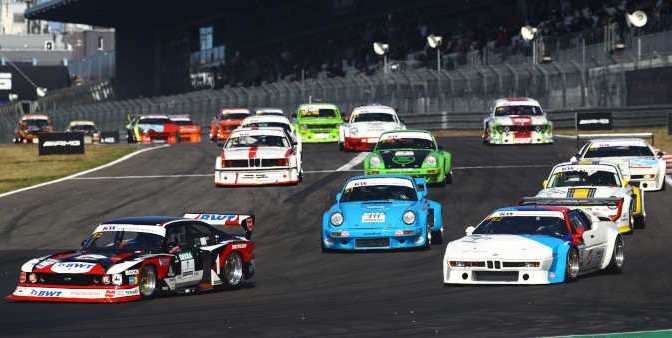 Anniversary at Red Bull Ring: the DRM Revival held one year ago evolved into the DTM Classic DRM Cup as a separate race series, enjoying steadily increasing popularity among drivers and fans. During DTM Red Bull Ring powered by REMUS in Austria from 23 till 25 September, 25 historic race cars from the Deutsche Rennsport-Meisterschaft (DRM) in the 1970s present themselves for the finale of the DTM Classic DRM Cup. At Red Bull Ring, picturesquely located in the mountains of Styria and undulating over 4.318 kilometres, the racing drivers will be eating their hearts out once again as age doesn’t get in the way of running flat-out. In the paddock, the pride of the automotive heritage prevails again, admired by the motorsport enthusiast, remarkably keen to expand their knowledge.

Next to the popularity among the fans, participants in the DTM Classic DRM Cup also appreciate the considerable amount of track time. After 40 minutes of free practice on Friday (from 1.15pm CEST), the DRM actors already have to be wide awake for qualifying both on Saturday and Sunday at 8.50am. The two races cover 25 minutes plus one lap each and get underway both on Saturday and Sunday at 4.20pm. All practice sessions and races are broadcast live at ServusTV On (servusTV.com), the video and streaming platform by Servus TV, and DTM TV (tv.dtm.com).

Peter Mücke, 75 years old and not showing any signs of being slow, is on the verge of becoming the inaugural DTM Classic DRM Cup champion. Having been successful since the early 1970s, the racing driver from Berlin-Altglienicke is leading the drivers’ standings from Hans-Ulrich Kainzinger (Porsche 3.0 RSR), his son Stefan Mücke (Ford) as well as Otto Rensing and Michael Hess (both Porsche 911 RSR). In Stefan Mücke and Otto Rensing, two former DTM drivers are in the colourful and mixed field. Peter Mücke’s beautiful Ford Zakspeed Capri Turbo ranks among the optical and acoustical highlights wherever it races. At Red Bull Ring, Austrian Erich Petrakovits is adding another highlight with his Group 5 Capri.

The storied race track near Spielberg attracts no less than five Austrians. Next to regular drivers Matthäus Rass (BMW 2002) and Paul Koppenwallner (BMW 2002) as well as Petrakovits, Josef Schiedlbauer (Porsche 911 Carrera 3.0) and Michael Steffny (BMW 320 Group 5 – a car from the era of the fomer BMW Junior Team) are keen to shine in the home race as well. For the first time, Audi collector Anton Werner is putting an Audi quattro to Group 4 regulations on the grid, for which he was able to acquire one of two existing asphalt kits from the factory. Everything is set for an entertaining finale.