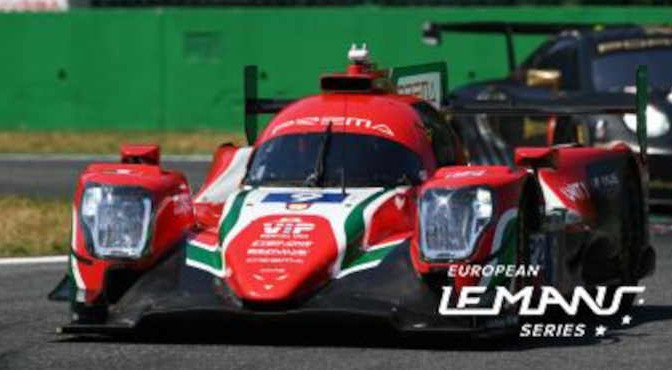 The 2022 European Le Mans Series is down to the final two races, with the 4 Hours of Spa-Francorchamps (23-25 September) attracting a huge 41 strong entry. 118 drivers and 27 teams from 33 different nations will compete on what is considered one of the most challenging circuits anywhere in world.
With a maximum of 52 points still to be won in the final two races, the LMP2 and LMGTE titles could be decided in Belgium.

LMP2 – 16 cars and 46 drivers
After securing their third victory of the season in Barcelona, Louis Deletraz and Ferdinand Habsburg will be joined in the no9 Prema Racing Oreca-Gibson by American Juan Manuel Correa, who is replacing Lorenzo Colombo.
Deletraz and Habsburg (85 points) have a 21-point advantage in the drivers’ championship over the no65 Panis Racing trio of Job Van Uitert, Julien Canal and Nico Jamin (64 points) and as long as they finish at least five points ahead of their French rivals they will secure the team and driver titles at Spa-Francorchamps.
The chasing trio of cars – no22 United Autosports (48 pts), no28 IDEC Sport (47pts), no37 Cool Racing (44pts) – also have a mathematical chance of challenging for the 2022 titles but will need to win in Belgium and hope the top two cars have a bad weekend.
Belgian team Mühlner Motorsport will be looking for their second podium finish of the season at their home race, with a lot of home support for their Belgian driver Ugo De Wilde.
There is a change of driver in the no19 Algarve Pro Racing and in the no34 Racing Team Turkey. Sophia Floersch will be replaced by Romanian driver Filip Ugran and Jack Aitken will not be in Belgium to race alongside Salih Yoluc and Charlie Eastwood in the LMP2 Pro-Am championship leading car. Aitken’s replacement will be announced by the team in due course.
The race for the LMP2 Pro-Am titles is very close, with the top 3 cars split by just 15 points, with 52 points still available. Racing Team Turkey are on 80 points, ten ahead of the no24 Nielsen Racing Oreca, with the 4 Hours of Barcelona winners, no88 AF Corse, on 65 points.

LMP3 – 13 cars and 36 drivers
The battle for the LMP3 titles couldn’t be closer, with Monza and Barcelona winners Charles Crews, Guilherme Oliveira and Nico Pino in the no13 Inter Europol Competition Ligier closing the gap to just five points to the championship leading no17 Cool Racing Ligier of Malthe Jakobsen, Michael Benham and Maurice Smith.

The o5 RLR MSport Ligier of Alex Kapadia, Michael Jensen and Nick Adcock is just 12 points behind the leading Cool Racing Ligier and just 7 points in front of the 4th placed no6 360 Racing Ligier of Terrence Woodward and Ros Kaiser.
Belgian interest on the LMP3 grid lies in Tom Van Rompuy, who is competing for reigning ELMS Team Champions DKR Engineering, and he travels to Spa for his home race on the back of second place finish in Spain alongside teammates Alexander Bukhantsov and Sebastian Alvarez.

LMGTE – 12 Cars and 36 drivers
With a 28-point advantage over their nearest rivals Christian Ried, Lorenzo Ferrari and Gianmaria Bruni travel to Belgium knowing a good performance in the no77 Proton Competition Porsche 911 RSR-19 will secure the 2022 ELMS LMGTE Driver and Team titles.
After taking the wins in Monza and Barcelona, Proton Competition are currently on 69 points, with the no55 Spirit of Race Ferrari 488 GTE EVO of Duncan Cameron, David Perel and Matt Griffin on 41 points after securing their second podium of the season in Spain.
The battle for the second and third places in the championship standings, which both come with a coveted invitation to the 2023 24 Hours of Le Mans, is very tight.
The no57 Kessel Racing Ferrari is on 40 points, the no32 Rinaldi Racing Ferrari on 38, the JMW Motorsport Ferrari on 36 and the no95 Oman Racing with TF Sport Aston Martin on 33, just 3 ahead of their teammates in the no69 Aston Martin.
In fact, only 17 points splits the 2nd to 11th place cars, with a maximum of 52 points still to be won.
Belgian interest on the LMGTE grid can be found with 2020 ELMS LMGTE Champion Alessio Picariello racing in the no18 Absolute Racing Porsche, while the very rapid Sarah Bovy will be hoping for a change of luck for her home race in the no83 Iron Lynx Ferrari 488 GTE EVO, after an accident at the first corner in Spain put her out of the race from second on the grid.
The 4 Hours of Spa-Francorchamps is Round 5 of the 2022 European Le Mans Series and will take place on Sunday 25 September.