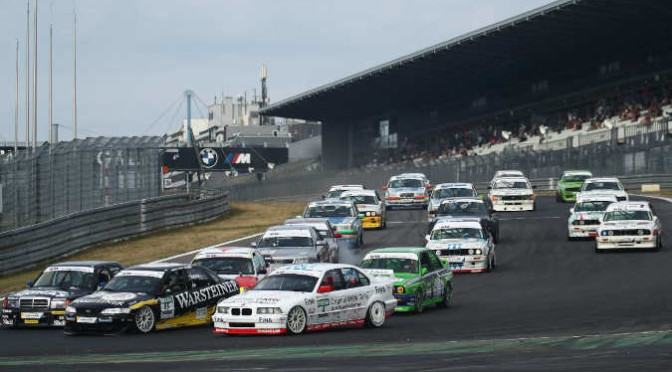 In the DTM Classic Cup, history could repeat itself: with a BMW 635 CSi, DTM legend Olaf Mantey is in the lead of the drivers’ standings in the race series for historic touring cars from the years between 1984 and 2007, introduced at the start of this season. Twice, the driver born in Bonn became runner-up in DTM, in 1984 and 1985, both times with a Rover Vitesse. In the DTM Classic Cup, the former racing professional and successful team principal continues to write his success story. In this case, the title would be going to the driver of a BMW 635 CSi, like in 1984, the inaugural DTM year. Back then, it was Volker Strycek, later motorsport director at Opel, who sealed the DTM title with a BMW 635 CSi, albeit without a single race win.

For Manthey and all his fellow drivers in historic racing at the high-class DTM platform, the focus is not so much on titles, but rather on the joy of driving great race cars. That is particularly the case this weekend (9-11 September) during the seventh and eighth race of the DTM Classic Cup at the Spa-Francorchamps Grand Prix circuit. A lap of the Ardennes roller-coaster circuit is 7.004 kilometres long and includes unique corners, most of them fast ones. Especially the breath-taking left-and-right section of the “Eau Rouge” compression requires a healthy combination of courage and respect and sends every driver’s pulse racing.

67-year-old Manthey is alternating with Jürgen Adi Schumann behind the wheel of the successful BMW 635 CSi. Manthey is leading with 52 points followed by two further BMW drivers whose cars, produced in Munich, are being prepared by the 2.0 Automotive team: Marc Hessel (42.1 points), third in the 1987 DTM, and Moritz Horn (36.8 points) who is just 23 years old. Behind Thomas Wandel (34) with the Audi 200 quattro and ex-DTM driver Stefan Mücke (32.8), three drivers are tied at 31 points: ex-DTM driver Kris Nissen (DEN, BMW), Lausitzring race winner Ronny Scheer (GER, Ford) and Peter Schumann (GER, BMW). Albrecht Kamenzin (GER, 29.5, BMW) and Norisring winner Gerhard Füller (GER, 26.5, Opel) round out the top ten of the 33 participants who have scored points in the DTM Classic Cup so far.

In Belgium, Jan van Elderen is putting an additional Ford Sierra Cosworth RS500 on the grid for his home round. Mücke/Scheer have already been racing such a “Cossie” since the start of the season. Like ex-DTM professional Roland Asch and Markus Wüstefeld at Nürburgring already, Dutchman Ko Koppejan is adding a Mercedes-Benz 190E 2.5 Evo to the field at the Ardennes track while the Opel Calibra 2.5 V6 4×4 formerly driven by Formula 1 world champion Keke Rosberg is a real eye catcher. In the Ardennes, Ronny Scheer and Stefan Mücke will again be alternating in the Opel.

Support has been announced for Prince Leopold of Bavaria. The former DTM driver and BMW brand ambassador, now 79 years old, is sharing driving duties in a BMW E30 320is with Marc Hessel and is expecting numerous visitors from his royal relatives.

“DTM Classic was the best idea of the past years. The DTM platform is the best place to present historic race cars from DRM and DTM,” Olaf Manthey recently commented, underlining the rapidly increasing popularity of the burgeoning race series for historic motorsport on the support package of the internationally acknowledged DTM. At the outstanding Spa-Francorchamps circuit, the participants have to take on two races of 25 minutes plus one lap each, starting on Saturday and Sunday at 4.15pm CEST. All practice sessions and races in DTM Classic will be streamed live at ServusTV On (servusTV.com), the video and streaming platform of Servus TV, as well as DTM TV (tv.dtm.com).