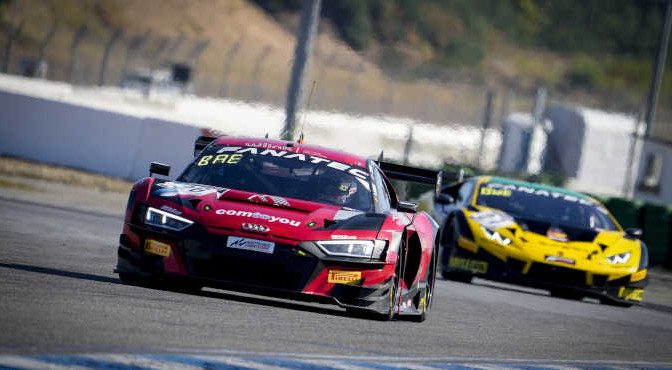 After the disappointment at the 24 Hours of Spa, Nicolas Baert returned to the track this weekend at the Hockenheimring. During the fourth round of the Endurance Cup of the Fanatec GT World Challenge Europe, the Audi R8 LMS GT3 which the young Belgian shares with Aurélien Panis and César Gazeau took 4th place in the Silver Cup and 12th in the general classification.

Nicolas Baert left Spa-Francorchamps at the end of July with a heavy heart. One of his team-mates went off the track and his Audi was the first car to be forced to retire from this 2022 edition. “We all know that this is part of motorsport and it can happen to anyone,” said Nico. “What was most disappointing for me was not being able to gain more experience in this event as I only did the initial stint. I have been recharging my batteries since then: I have been able to take some time off and disconnect from motorsport. So I came back to Hockenheim with a huge hunger for competition.”

The famous Hockenheimring was the venue for the fourth round of the Endurance Cup of the Fanatec GT World Challenge Europe. It is a circuit which the 21 year old from Waterloo was discovering. “And I must say that it took me a little time to get used to it because it requires a very smooth and calm driving style,” smiled Nico. “But with a 20th place overall – 5th in the Silver Cup – my team-mates Aurélien Panis and César Gazeau and I negotiated the qualifying sessions rather well.”

In a field of 49 cars, the #26 Audi R8 LMS GT3 of Saintéloc Racing was one of the main players in the Silver Cup (which only includes semi-professional drivers and which had no less than 18 teams at the start). “We fought for the podium in our category during the three hours of the race,” says the Brabant native. “But I was overtaken 15 minutes before the chequered flag by the future champions. So we finished 4th in the Silver Cup and 12th overall, which is our best performance of the year. It is not bad, but I was hoping for a little bit better to be honest… All three of us were a little short of the pace we needed to go for the win and we will work on understanding what we could have done better. Anyway, I congratulate the Saintéloc Racing Team for its magnificent victory in the general classification with the car entered in Pro. It is a great reward for all the work done. As for us, we have one more race in the Endurance Cup, at the beginning of October in Barcelona, to reach the podium in the Silver Cup.”

Before that, Nicolas will meet up with the Saintéloc team and Gilles Magnus in Valencia, Spain, for the final round of the Fanatec GT World Challenge Europe Sprint Cup. The goal? At least a podium in the Silver category!