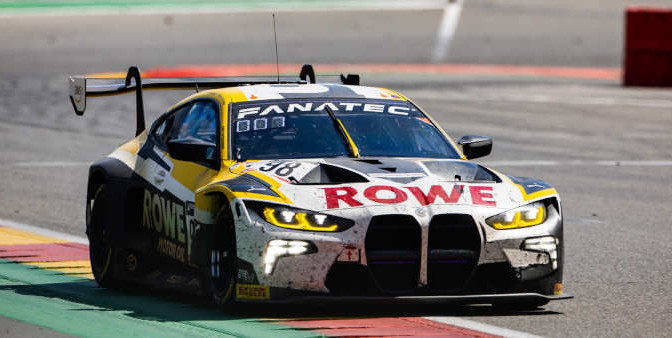 After the impressive display at the 24 Hours of Spa, ROWE RACING can now look forward to its home event in the GT World Challenge Europe this Sunday (4th September). The Hockenheimring Baden‑Württemberg is the closest racetrack to the St. Ingbert team, while the company headquarters of ROWE MINERALÖLWERK GMBH is just around the corner in Worms. That means there will be plenty of guests at the circuit this weekend to support the team.

The team from St. Ingbert is brimming with confidence ahead of the three-hour race at the 4.574‑kilometre Grand Prix track at Hockenheim, which features eleven right turns, six left‑handers, and the unique Motodrom. Both trios of drivers performed flawlessly at Spa and were in contention for victory and the podium until their hopes were dashed by punctures on both BMW M4 GT3s.

At the wheel of the #98 BMW M4 GT3, Brazil’s Augusto Farfus, Dutchman Nick Catsburg and Brit Nick Yelloly will be gunning for a better result than their sixth place at Spa. The BMW Junior Team, consisting of Britain’s Dan Harper, German Max Hesse and American Neil Verhagen, finished fifth at Spa and has its sights set on a third successive top-five result in the car sporting the number #50, in recognition of the 50th anniversary of BMW M.

The race weekend at the Motodrom starts on Saturday (3rd September) for the St. Ingbert team. The free practice session is scheduled for 9:45 to 11:15 followed in the afternoon by pre-qualifying from 14:05 to 15:35, also lasting 90 minutes. Dan Harper will be at the wheel for the one‑hour Esports race from 18:45 to 19:45. The starting grid for the race will be determined in qualifying from 9:45 to 10:45 on Sunday (4th September) and the race itself will start at 15:00.

Hans-Peter Naundorf, Team Principal ROWE RACING: “In Hockenheim, we want to back up our strong display at the 24 Hours of Spa, and this time be rewarded with a podium if possible. The drivers, team and cars are ready. Hockenheim is a special race for us, as it is the only race in the GT World Challenge Europe that takes place in Germany. We will have a lot of guests at our home event and want to put on a good show for them and all the fans.”