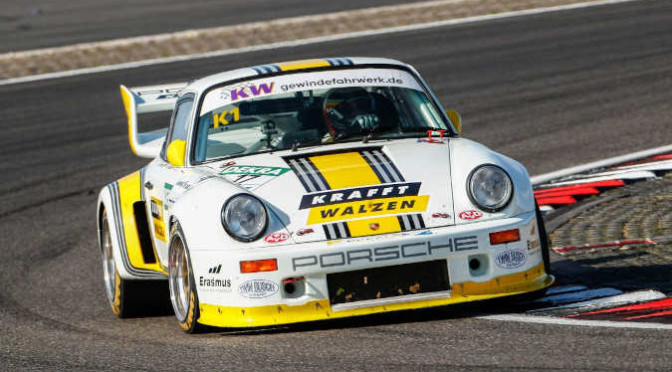 There could hardly be a better venue for the return of the historic race cars from the Deutsche Rennsport-Meisterschaft (DRM) in the 1970s than the Nürburgring: Porsche, BMW, Ford, Opel, Alfa Romeo, Chevrolet, De Tomaso – rare race cars from the glorious DRM era staged spirited competition in the two DTM Classic DRM Cup races in the Eifel. The numerous spectators in the grandstands and in the paddock thoroughly enjoyed it. The sporting outcome turned out to be a family affair as Stefan Mücke with the BMW M1 managed to beat his father Peter with the Zakspeed Ford Capri Turbo in the Saturday race. In the Sunday race in excellent summer weather, the heat was the fiercest rival for 75-year-old Peter Mücke.

“That was a delight to watch, how Peter Mücke at his 75 years was handling this 600 hp strong Capri. His son Stefan gave it his all,” racing legend Harald Grohs commented the Saturday race and made no secret of his intentions to still compete in DTM Classic this year. Sunday race winner Peter Mücke: “The car probably was faster than me. In any case, I had to work hard, especially as the temperatures in the cockpit rose to 70 degrees after three or four laps. But it was so cool, I enjoy every lap with this unique race car.”

On Saturday, when the race could only start in the early evening hours following a long wait due to fog, Ingo Pütz fought to claim third place on the podium next to Stefan and Peter Mücke with his Porsche 934/5. Pütz led a trio of Porsche drivers that also included Björn Griesemann and Michael Hess. The fastest BMW, a 635 to Group 5 regulations, was driven to sixth place by two-time DTM runner-up Olaf Manthey at his home track. Behind the two Porsches of Edgar Salewsky and Hans-Ulrich Kainzinger, an absolute rarity crossed the finish line in ninth place: the Alfa Romeo Montreal in Group 4 specification in the hands of Dutchman Donald Molenaar. With another Porsche RSR 3.0, Dietmar Schröder rounded out the top ten.

With the beautiful Zakspeed Capri, developed by successful tuner Erich Zakowski in Niederzissen near the Nürburgring at the end of the 1970s, Peter Mücke was beyond reach in the Sunday race. Behind him, 23-year-old Nick Salewsky led the Porsche armada with his Carrera 911 RSR and finished second ahead of former DTM driver Otto Rensing. “Compliments to the team. The car ran perfectly and the race isn’t over until the chequered flag is waved,” said Rensing, who, like Salewsky, benefited from the retirement of Achim Heinrich’s erstwhile second-placed BMW M1 due to clutch failure. With the Group 5 BMW, Peter Schumann finished fourth from Kainzinger and Axel Hagemann with another of the beautiful BMW M1s. Further down were two more 911s with Dietmar Schröder and Malte MüllerWrede. Remarkable: Wolfgang Kaupp managed to finish in the top ten by coming ninth with his Opel Kadett C (Group 4) ahead of Phillip Kennewell with the BMW 3.0 CSL while the unique Opel Commodore driven by Oliver Steinmetz, the son of the famous tuner, at least made it to the finish on Saturday.

The numerous motorsport enthusiasts at the Nürburgring particularly used the long waiting time due to the fog to admire the DRM cars from the 1970s and their drivers from up close, to hear their stories and, of course, to collect autographs. Once again, DTM Classic proved to be a popular addition to the varied programme during the “DTM Nürburgring powered by Mercedes-AMG” event. The DRM race cars meet again in four weeks’ time (23 till 25 September) for the DTM Classic DRM Cup finale at the Red Bull Ring in picturesque Styria.