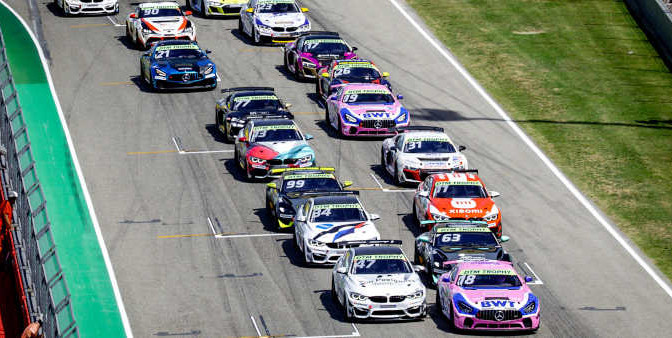 Summer in the Eifel, a hot autumn ahead in DTM Trophy. And the talent pool on the DTM platform hasn’t even reached the halfway point of its season yet. The race weekend “DTM Nürburgring powered by Mercedes-AMG” from 26 till 28 August is the fourth event in the third season of the still young DTM Trophy. At the 3.629 kilometres long Nürburgring sprint circuit, the seventh and eighth of this season’s 14 races will be held. Therefore, after the Saturday race, the season is halfway. A preliminary decision in the battle for the DTM Trophy title is far away, the races are hotly contested, much to the delight of the spectators who will get to enjoy summerly temperatures at the long-standing circuit in the Eifel this weekend.

No less than ten different drivers made it onto the podium in the six races held so far, four drivers celebrated victories, four drivers started the races from pole position: a clear proof of the quality in the class of 2022 in this talent pool. Dutchman Colin Caresani is heading to the Eifel as the leader in the drivers’ standings. The Project 1 team’s BMW driver, who won twice at Imola, has 98 points to his tally. Tim Heinemann has only one point less. The German, who became the inaugural DTM Trophy champion in 2020, won both races in the season opener with the Ring-Racing Toyota Supra. Most recently at Norisring, Caresani’s teammate Louis Henkefend (GER) and Theo Oeverhaus (GER) each scored one win.
Theo Oeverhaus will be writing history at Nürburgring. The only 17-year-old will be racing in the high-class DTM as a guest driver, having made a successful debut in the GT3 race car during the Spa-Francorchamps 24-hour race. Like in DTM Trophy, he will be racing a BMW run by Walkenhorst Motorsport. As a result, Oeverhaus will become the youngest DTM driver since the launch of the series in 1984. It will be a busy weekend for the driver from Osnabrück as he will be pulling double duty, racing both in DTM and in DTM Trophy. After all, he is in a promising third place in the standings of the talent pool with 76 points, ahead of Brazilian Thiago Vivacqua (52) with the Heide-Motorsport Audi, Henkefend (49) and Mozambiquan Rodrigo Dias Almeida (46) with the BWT Mücke Motorsport Mercedes-AMG. Having had to miss out the Norisring round, American Alexandre Papadopulos is back in the field with the SRT Mercedes-AMG while his compatriot J.P. Southern (Eastside Audi) is sidelined for the time being due to an injury incurred at Norisring. Southern is currently seventh.