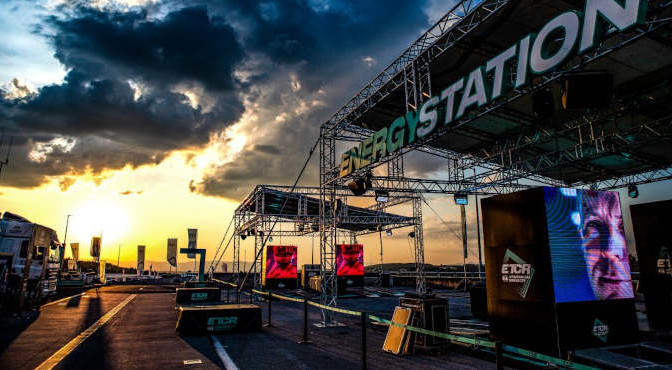 The FIA ETCR eTouring Car World Cup will bring the spectacular series highlighting the future of motor racing in its most magnificent manifestation to Germany for its sixth round, Race DE, with the Saxony circuit of Sachsenring the final to feature on the schedule on September 23-25.

As approved by the World Motor Sport Council on August 16, FIA ETCR will race on a bumper bill including ADAC GT Masters, Porsche Carrera Cup Germany, ADAC GT4 Germany and ADAC TCR Germany at the venue most recently famed for hosting MotoGP with a racing history stretching back to 1927 with the Sachsenring moniker being used since 1937.

Race DE will be a home race for the Germany-based Hyundai Motorsport N squad who are located just under 400km away in Alzenau. The region is a hub of electromobility production with the Volkswagen Group having two significant electric vehicle production facilities in the region, with the Zwickau factory – which produces amongst other vehicles the CUPRA Born – just 20km away and the showcase Dresden Transparent Factory just under 100km away.

The issue of sustainability is an integral element of the ADAC GT Masters. ADAC launched a successful initiative back in 2021 meaning roughly 100,000 plastic bottles are saved by installing water dispensers in the team, media and organisational areas of the series. In the 2022 season, this concept has been expanded to incorporate ADAC GT Masters spectator areas. For this season, the German GT Championship is using renewable fuel with and 50 % of the components sustainable, contributing significantly to the reduction of CO2 emissions.

The announcement of Sachsening, Race DE, as the sixth and final round of the season, will see the event replace the previously scheduled Race KR at Korea’s Inje circuit. Due to FIA ETCR’s sustainability ethos, in particular avoiding air freight and sending cars and infrastructure by sea, the logistics for Race KR proved impossible, whilst the postponed Race TR will now not happen in 2022.

Xavier Gavory, Series Director, FIA ETCR:
“We are happy be able to announce the final calendar for the first-ever season of the FIA ETCR eTouring Car World Cup. Sachsenring will be the first visit of FIA ETCR to the massive automotive market of Germany and we will be showcasing electric racing a stone’s throw from one of Europe’s largest electric car production facilities. It is fantastic to be able to visit such a vital market and we are particularly grateful to ADAC for their proactive approach in making this event happen. It is a shame that we will not be racing in Korea or Turkey this year, however the earlier conclusion of the season as agreed by all teams enables everyone to focus on the build-up to our second season. 2023 will see an enlarged grid with a greater commitment from all our teams and the future looks bright. We are all determined to end our first FIA ETCR season with a fantastic showcase of our tremendous series and confident that the Sachsenring will be the perfect platform for this.”

Dr. Gerd Ennser, ADAC Sport President:
“The FIA ETCR eTouring Car World Cup features innovative technology and an exciting format. We are pleased to be able to present this sustainable racing series to fans in Germany during the ADAC GT Masters event at the Sachsenring. By using renewable fuel and introducing initiatives such as the joint venture with BWT to reduce plastic waste, the ADAC GT Masters has taken on a pioneering role when it comes to sustainability. The FIA ETCR eTouring Car World Cup starting at the Sachsenring is the ideal way to show how spectacular electric touring car racing can be.”