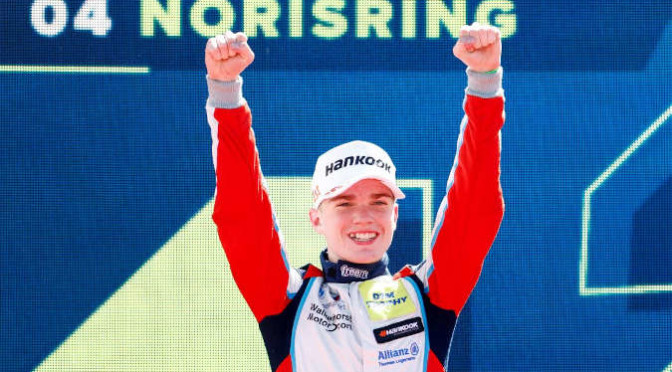 Theo Oeverhaus will be making a guest start in DTM during the DTM Nürburgring powered by Mercedes-AMG event from 26 till 28 August and will therefore be participating in his first race in the top category. Oeverhaus, already established in the talent pool DTM Trophy since 2021, will be driving a BMW M4 run by the Walkenhorst Motorsport team from Melle near Osnabrück and will become teammate to Esteban Muth (BEL) and Marco Wittmann (GER). As the youngest driver to date in the long-standing series, Oeverhaus is writing history in the 36th DTM season. He is superseding Pascal Wehrlein, who made his DTM debut at the age of 18 at Hockenheim in 2013.

“I am really happy about this chance and the confidence from DTM to be racing as the youngest driver in history,” the driver from Osnabrück says. “It will be a tough weekend for me as I will be racing in DTM Trophy as well. Nevertheless, I am very much looking forward to showing how well one can progress through the ranks of the junior series BMW M2 Cup and DTM Trophy into the high-quality DTM. Huge thanks to Walkenhorst Motorsport who are supporting me both in DTM Trophy and in DTM.”

Theo Oeverhaus celebrated his maiden race win in DTM Trophy with the Walkenhorst BMW at Hockenheim in October 2021. In the current season, Oeverhaus already racked up a second place at Lausitzring and a victory at Norisring. The young talent is currently third in the drivers’ standings with 76 points. In the BMW M2 Cup one-make series, regularly part of the DTM platform, Oeverhaus is also competing successfully time and again. In one race as well as in test sessions, he was already able to acquire initial GT3 experience. A DTM test is planned prior to his DTM debut as well.

Martin Tomczyk, representative brand & sports: For a guest start, it was important for us that Theo would have some experience in the car. He proved this in the endurance racing classic at Spa recently. I quite like the way in which he develops. Theo has proven himself in DTM Trophy in combination with the BMW M2 Cup in a short time and is now getting the chance to demonstrate his abilities in DTM. That is exactly the development I wish for young drivers. I also think that the synergies the team is using on the DTM platform are great.”

Walkenhorst Motorsport team manager Niclas Königbauer adds: “For us as a team, being able to accompany Theo from karting to DTM in such a successful way makes us proud and brings great joy. I am really curious to find out how he will do in his first GT3 sprint race. And, of course, I hope to see further young talents on the unique DTM platform and that we are allowed to be a part of the success story.”

Theo Oeverhaus’s career started in karting five years ago. He then made the switch to the entry-level race series BMW 318i Cup and won the junior title in 2020. In his DTM debut as well as in DTM Trophy, the 17-year-old is supported by racing legend Jörg Müller.