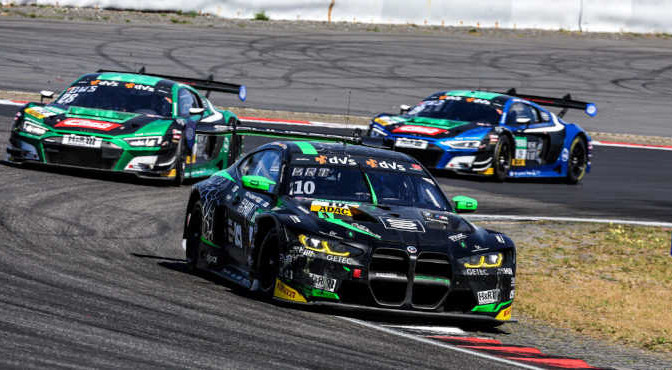 Niklas Krütten was in the points again with a tenth and an eleventh place in races seven and eight of the ADAC GT Masters, and leads the Junior competition within the series. The 19-year-old from Trier starts for the Schubert Motorsport team and shares the cockpit of the number ten BMW M4 GT3 with Britain’s Ben Green. The two newcomers have been a positive surprise and find themselves fifth in the overall standings after eight of the season’s 14 races. Trailing the leader by just 31 points, the BMW duo is still very much in the title race. “Although we are not always right up there at the very front, we are consistently finishing in the points. That is important in such a close championship. Add to that consistency the two victories at the Red Bull Ring and you are in the mix at the top of the overall standings,” said the former ADAC Stiftung Sport driver.

With a little luck, the race weekend in the Eifel Mountains could have turned out much better for Krütten. However, race control interpreted a number of unfortunate situations in qualifying and Saturday’s opening race to the detriment of the young duo and punished them with grid penalties. “We were involved in a lot of battles in both races, and experience shows that this often results in contact with the opposition. From a driver’s perspective, you obviously see things differently to somebody watching on or race control. However, we do not feel that we always deserved to be penalised this weekend. There is no point worrying about it now, and I hope that we can be back on the sunny side and claim some better results in the coming races at the Lausitzring,” said Krütten.

The next round of the ADAC GT Masters takes place in two weeks at the Lausitzring in Klettwitz (19. – 21.08.).