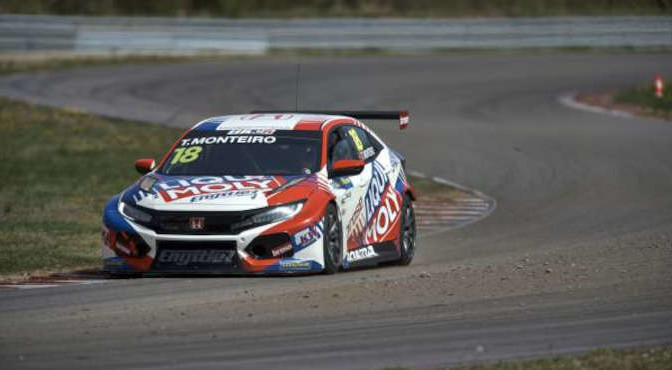 The circuit is located in the Alsace region, marking the WTCR’s second visit to France of 2022, and features a kilometre-long main straight, a winding infield loop and another high-speed section towards the end of the lap.

Though Anneau du Rhin is a new addition to the calendar, both of Honda’s customer racing teams have prior experience of the track having tested there before the start of the season.

ALL-INKL.COM Münnich Motorsport and LIQUI MOLY Team Engstler will also benefit from additional track time in the form of the Friday afternoon ‘FP0′ test session and a further hour’s running on Thursday evening.

The event comes hot on the heels of a successful Vallelunga weekend for Nestor Girolami, who claimed his second victory of the season in Race One at the Italian track.

That result moved him into second place in the Drivers’ Championship, a position also occupied by ALL-INKL.COM Münnich Motorsport in the Teams’ standings.

Team-mate Esteban Guerrieri, the record WTCR win holder, started his 100th race in the series at the previous round in Italy.

The Argentinian will be looking to make the most of the Anneau du Rhin track time before the weekend officially kicks off, as he was only able to complete a handful of laps earlier in the year, sitting out the majority of the day as he felt unwell.

The pre-season running LIQUI MOLY Team Engstler completed at Anneau du Rhin will prove valuable to the team as it continues to learn more about the Civic Type R TCR in its first season as a Honda customer.

Attila Tassi would almost certainly have recorded a second podium of the season had it not been for a tyre delamination at Vallelunga while running in second place in Race Two, but he heads to France having made Q2 at the previous two rounds.

Tiago Monteiro’s luckless season continued in Italy as delaminations of his own took him out of contention in both races, but the Portuguese is determined to build on the top-10 potential he was able to show there.

Now that we are starting to get to the business end of the season, it’s more important than ever to stay consistent and keep up the momentum we have built from being in the top three at each of the last two events. Vallelunga was obviously a great weekend for me and us as a team. Whether this weekend will be the same is difficult to say, as although the middle section of the track should suit our package we also have to be mindful of the long straights. But in any case we will give it our all to keep the pressure on in the Championship.

It’s always satisfying trying to find the limits of a new venue, and in general I think the track is going to be fun and challenging to drive. It’s a small circuit, and a bit ‘mickey mouse’ in places, but that won’t matter as long as the car is working well and we can show a competitive performance – so we need to find the fastest way around it. That’s especially the case for me as I could only complete four or five laps when we tested here earlier in the year because I felt unwell that day, but we have plenty of data to work with as a team.

We’ve had two competitive race weekends in a row now where we have been able to show good pace with the Civic Type R TCR, and it definitely feels like our understanding of the car has moved on a step. Although we have not been able to maximise the results due to factors outside of our control, what’s important – and what’s been great to see – is that the pace has been there. With that in mind, we can head to Anneau du Rhin with some confidence and be hopeful of carrying our positive momentum forward.

It should be an interesting weekend, though we’re definitely hoping for a more straightforward one than any of the others we’ve experienced so far in 2022. We went testing at Anneau du Rhin earlier in the year and although a number of other teams have done so as well, it’s a big plus to already have a good number of laps in the books here, especially at a new track for the WTCR. We have plenty of data to reference from that experience, which gives us a baseline to work from when the weekend begins and removes some of the unknowns.