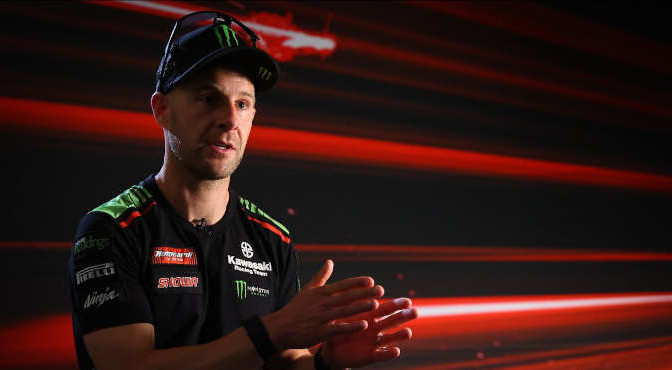 A variety of topics and endless possibilities from the Thursday debriefs in the Czech Republic
The 2022 MOTUL FIM Superbike World Championship has arrived in the Czech Republic and the Autodrom Most for the Prosecco DOC Czech Round, which marks the halfway point of the season. With this being the sixth round, there’s plenty of gossip going into the round surrounding new deals, pending deals and the results that lie ahead this weekend at one of WorldSBK’s newest venues. We caught up with some of the stars to get their thoughts ahead of action igniting at Most.
Jonathan Rea (Kawasaki Racing Team WorldSBK): “Winning is like a drug… that’s where the motivation comes from”

“I’m very excited because at this stage, it was something that we had been speaking about for a long time. I was just wanting to go into the 2022 season to understand how everything is working, understand the motivation to continue – both from my side and Kawasaki’s side. We’re on the same page about improving and the team’s incredible; right from 2015, when they gave me the opportunity to come here and win Championships, we’ve made great stories. It was more of a formality than anything, to understand each other’s wishes. I’m really happy to keep this incredible family together. Winning is like a drug, it’s something that you want more of and it’s what keeps you working hard at home and the team, and I think that’s where the motivation comes from to keep being competitive. It wasn’t harder to be motivated in the past but with Chaz Davies as my main rival, that was my motivation, to be beating him. Then, it’s more about my rivals right now, as they’re improving so much and of course I want to beat them, but I want to improve myself and still be the best that I can be.”

“Last year, I had two wins at Most and it was the first time here for everyone. This year, my goal is to have three wins, but we will see as Saturday looks like it will have rain. Last year, we were strong and also, Locatelli was quite strong too; I hope that this weekend, we can fight for the podium together, and I’ll try for three wins again, even if it’s not easy! We have a much better feeling now with the SC0 tyre and everyone will have to use the same tyres available, so this is no problem. We’ll try the old and new SC0 tyres, and we’ll see which is better for the race. Last year, after the long stoppie, I tried again! I was surprised but I tried again, but I couldn’t do it. This year, I’ll try again! It’s not easy as it’s 214m, as after we checked the data, but we will see.”

Alvaro Bautista (Aruba.it Racing – Ducati): “About tyres, at the end it will be the same for everyone”

“I think it can be a track that suits our bike because basically, it’s fast corners and I like it a lot, so I am looking forward to starting on Friday and working with my Ducati. About tyres, at the end it will be the same for everyone, so you have to work to make the tyres work. For sure, I feel better with the SCX tyre, but we can only use it in the Superpole and Superpole Race, so we have to use the SC0 and new SC0 from Pirelli. Let’s see what happens with the new tyre. At Donington Park, we were close to the 1000th podium for Ducati but I crashed in Race 1. It’s not in my mind but if we can do it, then perfect.”

Michael Ruben Rinaldi (Aruba.it Racing – Ducati): “My goal is to remain with this bike and team”

“I feel really good as we come from a strong few rounds. I want to jump on the bike as it’s a track that can be better than Donington Park. Our goal is to reach the podium this weekend and take the 1000th podium for Ducati. I know Alvaro is very fast, so maybe he will be in the statistics as the 1000th! My goal is to remain with this bike and this team because I feel at home and I think that this bike can make me win a Championship in the future. The last few rounds have helped because of the podium at Misano and the good result at Donington Park. We will start talking but there are no new things to say. I think at Magny-Cours, we will have news.”

“I’m happy to arrive here at Most and I can’t wait to get out on track. There’s been some slight changes compared to last year and I’m looking forward to it. I enjoy the layout and I think the bike can work really well here; there’s some hard braking and some tight sections but I am interested to see how it goes. As a general rule, whenever everyone has been on the SC0 and I’ve been on the SC0, I’ve been better than when we’re all on the SCX, so it could work in our favour. However, there could be some rain so it will be important to put in laps on dry tyres and the ones that we’ll use.”

Scott Redding (BMW Motorrad WorldSBK Team): I hope this weekend, we can continue this form and continue fighting”

“To get my first podium with BMW at Donington Park was quite a special moment; all the weekend there was better progress from us. We were consistently top five or top six, which was good for the motivation and the spirit for myself and the team; it’s important to have these rounds and it was a weekend I really enjoyed. I’m confident that the changes we made will be good at other circuits like here at Most; whether we’re as good as Donington Park, I don’t know but I don’t think it will be as bad as previous races. Normally, when you change something fundamental on the bike, it changes the characteristics at each place you go. I hope this weekend, we can continue this form and continue fighting and be with the front guys for at least half of the race and learn more stuff that we can then develop.”

Oliver Konig (Orelac Racing VerdNatura): “It feels different; I sleep at home… I’d be so happy to stay with the team for 2023!”

“It feels different! It feels more like I’m going for training because normally I go on a Wednesday to the track and it’s different. This time, it’s Thursday and I sleep at home and everything. This is like I’m going just for training. It’s a little bit of a different feeling but I’m sure when I go to FP1, I will feel the same as the rounds before. We will speak after Most and we will know more but, for sure, I would be so happy to stay with the team because the team is amazing. Everybody supports me as much as possible. I’m very happy and I will be happy if I stay with them for next year.”