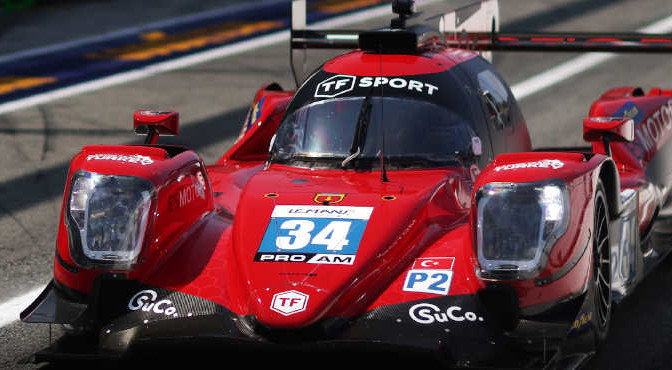 The first track session at the Autodromo Nazionale di Monza saw the no34 Racing Team Turkey Oreca-Gibson top the time sheets as the teams prepare for Sunday’s 4 Hours of Monza.

Jack Aitken posted a 1m38.690 around the 5.793km Monza circuit, nearly four tenths ahead of the no88 AF Corse Oreca, with the fastest time set by Nicklas Nielsen.The no65 Panis Racing Oreca of Job Van Uitert was third quickest, just 0.02s ahead of the no22 United Autosports Oreca of Tom Gamble.The top 10 cars were split by just over one second at the end of the 90-minute session.

Reigning LMP3 champions DKR Engineering were the quickest of the 13 cars in that class, with Sebastian Alvarez setting a 1m44.776 lap, just 0.084s ahead of the no13 Inter Europol Competition Ligier of Nicolas Pino.The no2 United Autosports Ligier of Finn Gehrsitz was third quickest with a 1m44.968, with the top 8 cars split by just over 0.9 seconds

The fastest car in the LMGTE category was the no18 Absolute Racing Porsche 911 RSR-19 of 2020 ELMS champion Alessio Picariello, the Belgian posting 1m48.851 lap, out pacing the no77 Proton Competition Porsche of Lorenzo Ferrari by 0.271s.The top Ferrari was the no60 Iron Lynx 488 GTE EVO of Davide Rigon, the Italian finishing the session third fastest, 0.409s behind the leading Porsche and 0.290s ahead of the no93 Proton Competition Porsche.

The second Free Practice session for the 4 Hours of Monza will take place at 09h00 on Saturday 2 July.