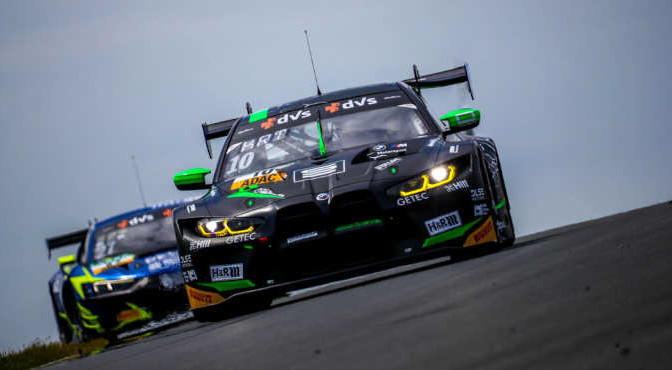 The third race weekend of this season’s ADAC GT Masters in Zandvoort was an emotional rollercoaster for Niklas Krütten. After tactical misfortune in the first qualifying session and a collision through no fault of their own in race one, the team showed great morale to finish eleventh on Sunday and was rewarded with valuable points in the battle for the championship. The duo now lies third in the Drivers’ Championship, just five points behind the leaders. The youngsters managed to extend their lead in the Junior competition. Krütten’s team, Schubert Motorsport, is also well-placed in third in the Team standings.

The 19-year-old from Trier travelled to the North Sea coast of the Netherlands on the back of a brace of victories last time out, and was looking to defend the championship lead alongside team-mate Ben Green (GB) and the Schubert Motorsport team. However, rain shortly after the start of the first qualifying session soon dampened the leading duo’s euphoria. Having not yet set a flying lap in the BMW M4 GT3, they had no chance of matching the times of their rivals, who had taken to the track while it was still dry. The fightback in the race was a made virtually impossible by the amount of traffic and lack of overtaking opportunities. Ten minutes before the chequered flag, a rival car caught one of the tyres on Krütten’s BMW M4 GT3, causing a puncture. The former ADAC Stiftung Sport driver was consequently forced to retire.

Sunday initially looked like being another tough day for the team. They struggled for pace in qualifying and started race two in Zandvoort from the back of the grid. However, the drivers refused to give in and showed great fighting spirit. They gained positions through overtaking manoeuvres from Krütten and the team’s tactical nous during the pit stop. Green also showed no weakness during his stint. In the end, fortune favoured the brave and the team was rewarded for its courage. After a number of opponents had lost places through technical issues or penalties on the final lap, the duo scored valuable points to remain in touch with the leaders in the championship.

Niklas Krütten: “I tried to get off to a good start on Sunday and was immediately able to overtake Daniel Juncadella. In front of me was Maxi Götz, and I managed to close in on him. However, overtaking is very difficult here in Zandvoort. We then decided to try an overcut when the first pit stops started. I drove fast laps and was able to open a small gap, which was sufficient to come out in front of Götz after our stop. At the end of the race, we benefitted from penalties and technical issues affecting our rivals and finished eleventh to pick up points. That was important for the championship.”

Krütten is back in action this coming weekend, when he lines up for COOL Racing in the European Le Mans Series in Monza (Italy).