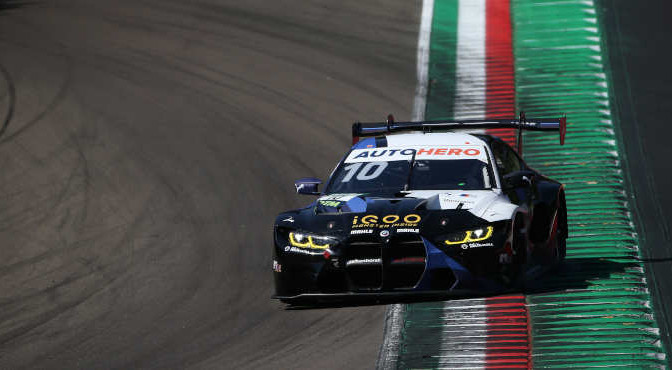 In one of the most hotly contested seasons in the history of the DTM, Esteban Muth was in Imola last weekend for the third meeting of the season. If the results of the BMW M4 GT3 of the Walkenhorst Motorsport team do not meet his expectations for the moment, the young man from Brussels knows that it is during the qualifying sessions that he must progress. Next objective: the Top 10!

The DTM, which has been dedicated to Grand Touring cars since last year, has probably never been as fiercely fought as in the 2022 season. No fewer than 28 professional drivers representing six manufacturers are battling it out for hundredths of a second in an incredibly intense battle. Sometimes examples are relevant. At Imola, for the third meeting of the season, 22 drivers were timed within the same second during qualifying on Sunday. Impressive!

Against that highly competitive background, Esteban Muth made a name for himself during the 2021 season and he intends to confirm it this year. “However, we know that in the DTM the gaps are so small that the smallest details count,” confides the 20-year-old from Brussels. “In my case, I have just experienced two frustrating weekends at the Lausitzring and at Imola. For some reason which I cannot explain at the moment, I am unable to exploit the full potential of the new tyres during qualifying. As a result, I find myself too far back on the grid and, in such a tight field, it is not easy to regain places.”

In the race, with already used tyres, the Belgian held his own against the other BMW drivers, all official representatives of the brand. “I showed again in the race on Sunday that I am well placed. Not only was my best lap more or less equivalent to that of the other BMWs, but I am also extremely constant! The only problem is that I am starting from too far back on the grid. It is clear that I want to do better than my 14th place on Sunday… I know what I need to do and this is the point I will work on in the next few weeks!”

Esteban Muth is determined to regain a place in the Top 10 when he will reach the halfway point of the season at the next round in Nuremberg. On the Norisring, the BMW M4 GT3 of the Walkenhorst Motorsport team will be closely watched on 1, 2 and 3 July!