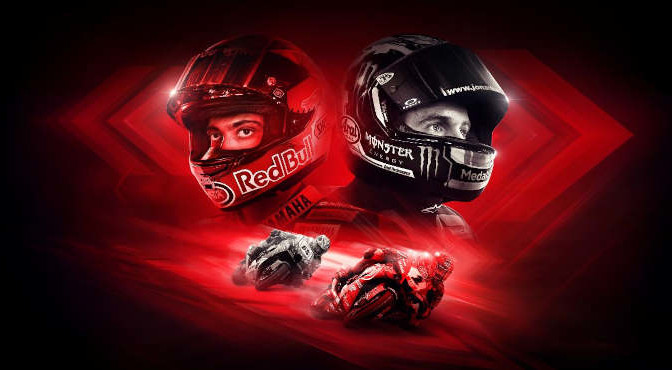 Milestone and Dorna WSBK Organization are proud to announce SBK™22, a brand-new chapter of one of the most iconic and celebrated franchises in the racing game landscape. Coming to PlayStation 4, PlayStation 5, Xbox One, Xbox Series X|S and Steam SBK™22 is set to launch on September 15, 2022.
SBK™22 brings back the authentic world of the SBK® Championship, 10 years after the last historical release of SBK Generations, tenth game of the glorious series developed by Milestone and started in the 1999 with Superbike World Championship. The game recreates the experience of the MOTUL FIM Superbike World Championship thanks to the charm of its simulative gameplay and lifelike environments, riders and bikes, finally making the dream of the community and sports fan a reality. SBK™22 features the Official 2022 WorldSBK Championship, an immersive and fascinating Career Mode and the real SBK® weekend with practices, Superpoles and Races.

The Official Game of the 2022 MOTUL FIM Superbike World Championship is the perfect replica of what happens in the real-life, featuring the event calendar, official roster and teams’ pit environments with absolutely photorealistic effects and animated character models. Players will test their skills racing in the boots of the best riders, stepping in all the competitive WorldSBK Official tracks meaning unpredictable and adrenaline challenges.

SBK™22 aims to recreate a truly and peculiar WorldSBK experience, thanks to its advanced physics developed with the help of real riders, aiming to reach an extreme level of simulation in terms of bike and rider behaviour.

The immersive Career Mode offers many ways to work around rider and bike performances, from managing a staff building an Advanced Setup in which players have full control of bike’s settings evolving the Development Trees. Staff management means hiring different professionals, from Personal Manager through Chief Engineer, without forgetting the fundamental Data Analyst.

The Development Tree is structured in different areas, each one requiring a specific amount of research points to be unlocked. Those points are gained passively by the Engineers or actively by players, performing specific tasks in the round.

A.N.N.A System, the revolutionary AI system based on neural networks and machine learning, guarantees a tailored gameplay experience, smartly controlling the opponents depending on their actual personalities and training them as they gather data and experience. At the top level, riding behaviours are considered such as human-level of skills.

The various number of editors allow players to customise several aspects of their unique experience. Sticker Editor, Helmet Editor and Number and Butt Patch are those dedicated to the riders and bikes, Fiction Team instead is fully focused on creating a completely fictional team with customizable livery and style.

SBK™22 is even made for epic multiplayer races for up to 12 players that can create online lobbies where competitions reach another level. The Multiplayer flow is customisable by choosing whether to add or not the typical Tissot-Superpole session from SBK before the race, for a fully online experience, with of course the possibility to customize each race with settings and rules. SBK™22 will be released on September 15, 2022 on PlayStation 4, PlayStation 5, Xbox One, Xbox Series X|S and Steam.