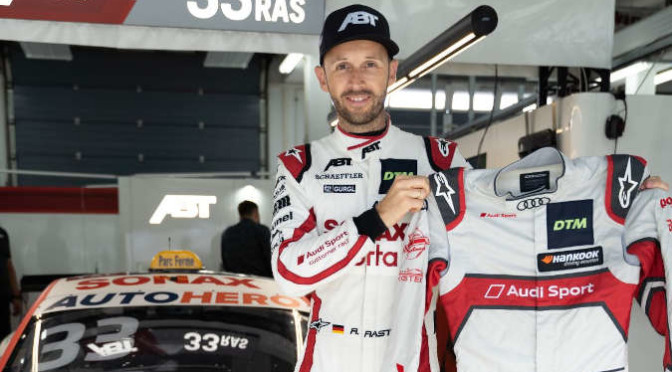 Since this year, there has been a charity partnership between DTM and the international research foundation Wings for Life, a matter particularly close to Gerhard Berger’s heart. The common goal: accelerating curing of paraplegia. As a part of this initiative, a star of the series is donating part of his race gear during every DTM race weekend. With the donated funding, Wings for Life supports new, promising research projects. The action already started during the DTM season opener at Portimão with a helmet auction. Kelvin van der Linde, racing for Team ABT Sportsline in DTM, donated an original “Special Edition” helmet by Stilo. Stephan Zöchling, CEO of REMUS Performance Sport Exhausts, acquired the helmet at auction at 4,200 Euros and generously rounded up the amount to 5,000 Euros.

Currently, the second auction is already running (https://www.unitedcharity.de/Auktionen/DTM-Rennanzug-Rast). René Rast, who made his comeback in DTM as a driver in 2022 following a one-year absence and finished on the podium in the second race of the Lausitzring Turn 1 powered by Autohero race weekend straight away, has donated his champion’s race suit of the 2019 season.

“This is the original suit I raced with in the 2019 finale at Hockenheim. I am happy to donate the overall for the good cause that is Wings for Life and I hope it will bring a large sum,” three-time DTM champion René Rast says.

The highlight: the suit will be handed over to the highest bidder during the official prize-giving ceremony of the DTM event at Imola (17-19 June), two DTM tickets are included. The auction ends on 13 June 2022.

Next to Kelvin van der Linde and René Rast, many further drivers from the current record field have agreed to donate parts of their race gear.