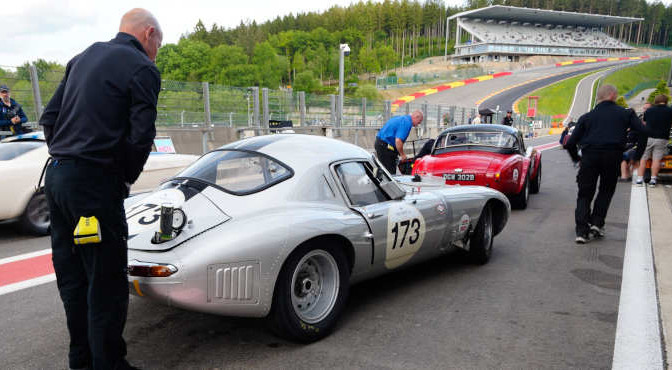 The 10th edition of Spa-Classic was eagerly-awaited if the number of spectators is anything to go by, as more than 20.000 turned up to see the 380 historic racing cars going at it hammer and tongs on the most beautiful circuit in the world. But the spectacle wasn’t only on the track; it was also in the village where 800 cars from different clubs were on show including those from the club Lotus Italia and the Lotus Club Holland which assembled 60 cars of the make on the seventieth anniversary of the founding of Lotus (1962). In a festive ambience in beautiful sunlight in the Ardennes young and old alike could take advantage of the many activities available: temporary tattoos, barbers, hook a duck, photo calls as well as popcorn and candy floss! Several boutiques were on the spot for lovers of shopping like B.R.M Chronographes with a special limited edition Spa-Classic watch, the lovely Vicomte A T-shirts and jackets as well as accessories, books and scale model cars.

Nine grids provided the on-track action with 380 historic racing cars including some exceptional names like the Aston Martin DBR9, Bentley Speed 8, BMW M3 GTR, Dallara SP1, Ford GT40 and Porsche 917 plus many more. There were daytime and nighttime races that people could watch from the new grandstand erected in the Raidillon de l’Eau Rouge giving an unbeatable unimpeded view from la Source to the top of the Raidillon itself.

FLAT OUT IN THE RAIDILLON?

Endurance Racing Legends kicked off the first day’s racing at Spa Francorchamps, which ended in a double for the Lola MG EX257s. Not quite twins but cousins as the no. 20 2004 MG EX257 driven by Christian Gläsel used to race in the American Le Mans Series, while the no. 25 Lola-MG EX257 from 2001 driven by Mike Newton competed in the LMP1 Series. Into third place came the awesome 2001 PANOZ LMP in the hands of Jake Hill. Another Panoz, no. 54, the LMP from 2001 also driven by Hill emerged victorious in the GT category followed by the superb no. 66 Prodrive Ferrari 550 Maranello Prodrive from 2004 in the hands of German driver Dominik Roschmann and the no. 53 Aston Martin DBR9 with ex-world touring car champion Rob Huff at the wheel backed up by team-mate, Richard Meins.