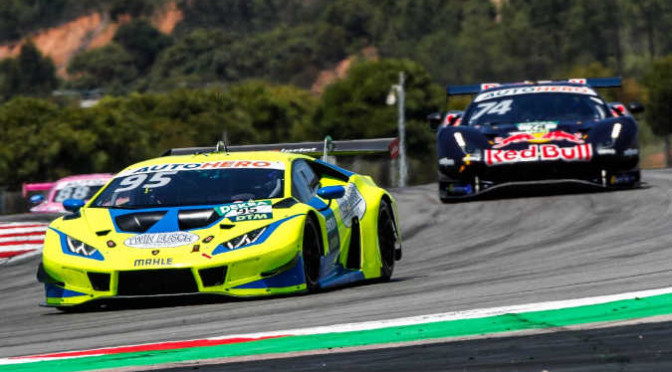 A home race yes, but a home advantage? Rather not. With Mercedes-AMG Team Mücke Motorsport from Berlin andT3 Motorsport from Dresden, two of the 17 teams in the long-standing series are racing “at home” during the DTM weekend (20 till 22 May) at Lausitzring Turn 1 powered by Autohero. “Lausitzring is our living room,” T3 team principal Jens Feucht is making no secret of his connection to the circuit near Klettwitz, while Peter Mücke recalls many successes: “For Mücke Motorsport, Lausitzring is always a happy hunting ground.” For both teams, ambitions are particularly high for the first DTM round of the season in Germany in front of a home crowd. The same can be said for Sophie Hofmann from Waldenburg near Chemnitz. For the only female driver in the talent pool DTM Trophy, the circuit in the Lausitz region is a home round, too.

Only just over 60 kilometres up the motorway A13 from Dresden to Klettwitz: for T3 Motorsport, the journey is the shortest of all teams. “We completed another test session at Lausitzring to prepare for this special race in the best possible way,” reports Jens Feucht. His team is running a pair of Lamborghini Huracáns for Dane Nicki Thiim and Brit Esmee Hawkey, the only woman in the DTM field. “We are very optimistic that we can race quite far up at the front with Nicki,” Feucht hopes to be able to provide something special for his at least 50 guests including friends and partners, but also potential new sponsors. “We will surely get to shake many hands,” two-time FIA GT endurance world champion Nicki Thiim says with a smile. “I am massively looking forward to the weekend and Turn 1, a truly spectacular corner.”

“We already were at Lausitzring when it wasn’t even completely covered in asphalt,” recalls popular team principal Peter Mücke, who enjoyed great success as a driver in Eastern Germany himself back in the day. At Lausitzring, the racing stable from the Altglienicke area in Berlin celebrated his biggest achievement to date with the DTM race win by Austrian Lucas Auer in 2016. Since Mücke’s comeback in DTM a year ago, Maximilian Buhk has been driving for the team. The special thing: the Mercedes-AMG is the only race car in the field equipped with an innovative steering system by Schaeffler-Paravan, operating fully electronically and without a mechanical steering column. 75-year-old Peter Mücke is proud of being allowed to contribute development work for the automotive future, but on the other hand, he is a thoroughbred sportsman who doesn’t lose the perspective of at least a point-scoring finish. On one occasion, Buhk already made it onto the podium with the development car.

For Mücke Motorsport and T3 Motorsport, almost all employees are on duty at Lausitzring Turn 1 powered by Autohero. In addition to DTM, Mücke is also running two cars each in DTM Classic and DTM Trophy while T3 Motorsport is also involved with two further race cars in DTM Trophy, making it five cars for Mücke and four for T3.

Likewise, Sophie Hofmann, the only woman racing in the talent pool DTM Trophy, is looking forward to the races in a familiar environment. “I am looking forward to the support from family members and friends. That doesn’t distract me; instead, it is a real push for me. I consider it as very positive,” says Hofmann, who comes from Waldenburg, 150 kilometres away from the circuit. She is driving an Audi R8 run by Heide-Motorsport. “I have a good feeling because we have made good progress with the car. The banked corner, Turn 1, is super cool. There is no corner like it anywhere else in Europe. That is unique for the DTM platform. Moreover, Turn 1 is a real spectator magnet, extremely fun for the fans to watch,” the 23-year-old says about the fan attraction that is exclusively reserved for the DTM platform.