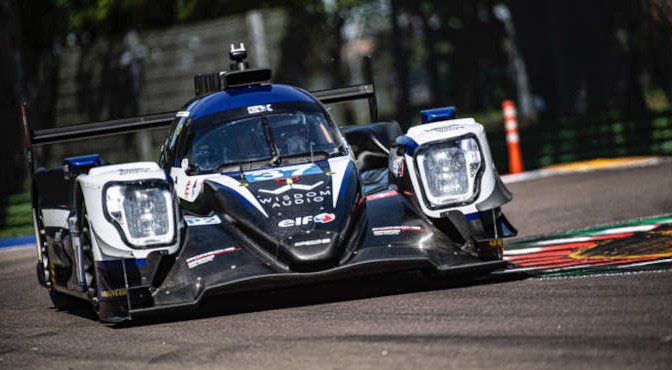 With summery temperatures around 30 degrees Celsius, the COOL Racing team started the 4 Hours of Imola from fourth place. Krütten took the wheel of the #37 Oreca 07 Gibson for the first stint in the LMP2 car. The former ADAC Stiftung Sport driver once again showed his pace and consistency. He worked his way to the front of the field, before coming into the pits from the lead on lap 40 to hand the car over to team-mate Lapierre. With a top speed of 293.5 km/h, Krütten was also third fastest in the whole field in this statistic. The team led for a total of 47 of the 127 laps. However, a full course yellow phase at the end of the race prevented what looked like a certain victory. The trio came in for their final driver changeover shortly before the FCY. The opposition was able to perform its service under yellow, and consequently lost far less time than the COOL Racing team. As a result, Krütten and the team had to settle for third place in the end.

Niklas Krütten: “That race really hurt. We would usually have gone on to win. The car was perfect, the pace great, and the team did an incredible job. I was able to make up ground right from the start, and battled my way into first place. My team-mates were able to defend that lead for many laps. However, we were unfortunately thwarted by the late full course yellow. Compared to our stop under green, the opposition lost less time under yellow, and that is what cost us the victory. We have now had really bad luck on two occasions – I think that’s enough for now.”

Round three of the 2022 ELMS season takes place on 3rd July in Monza, Italy. However, Krütten is back in action this weekend (20th – 22nd May). The man from Trier lines up for the Schubert Motorsport team at the Red Bull Ring in Austria, where he will contest round two of this year’s ADAC GT Masters. Just one week later, he heads to the legendary Nürburgring 24 Hours, where Krütten will again start for Schubert Motorsport in the BMW M4 GT3.