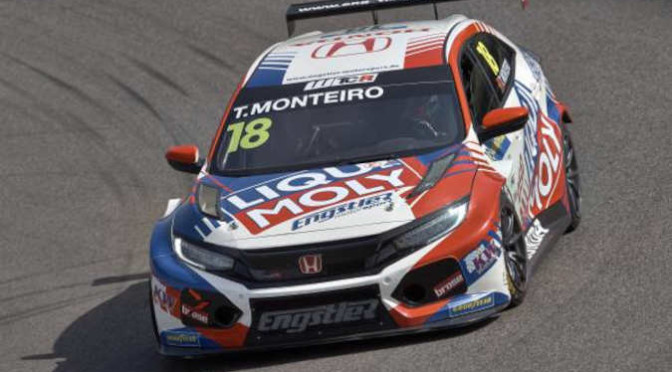 Each of the last three season-opening WTCR races has been won by drivers among the current Honda Racing roster, with Esteben Guerrieri, Nestor Girolami and Tiago Monteiro triumphing in 2019, 2020 and 2021 respectively – all at different circuits.

The three are joined by Attila Tassi to complete an unchanged driver line-up for a fourth season in a row, with the four carrying Honda’s hopes at two customer racing teams: ALL-INKL.COM Münnich Motorsport and LIQUI MOLY Team Engstler.

Esteban holds the outright record for WTCR wins, with 10, and is embarking on his fifth year not just with the team but also as a full-time Honda Racing driver.

Fellow Argentinian Nestor is preparing for his fourth campaign in the same scenario and has won at least one race each year so far.

LIQUI MOLY Team Engstler add a second title-challenging force to the Honda stable, as they embark on their first campaign with the Civic Type R TCR.

Knowledge of the car is provided in spades by Tiago and Attila, who like Esteban and Nestor are paired together for a fourth-straight season.

Attila was only nine years old when that round took place but, now 22, the Hungarian is preparing for his fourth campaign in the WTCR as a proven race winner. He has pedigree on street tracks too, having taken a pole position in Vila Real in his rookie season.

Both teams will be offered technical support by Honda’s motorsport partner JAS Motorsport. This includes a supply of spare parts and technical assistance at each event, with the aim of helping all Honda drivers with their title challenges.

The Pau weekend is the first of 10 on the 2022 WTCR calendar, which is also set to include rounds at the Nürburgring Nordschleife, historic touring car venue Vallelunga, plus two more iconic street tracks: Vila Real, in Portugal, and the Macau Guia Circuit – which is due to host the season finale.

After another long off-season it’s fantastic to finally be preparing to race again. The last two years have been a long way from normal for obvious reasons, so it’s great to be starting the season on such a popular street track as Pau where we can also be up close with the fans. It’s a track I’ve not raced at before, but we put a lot of focus on the challenges of the street circuits into our pre-season preparations. I was very happy with those and we’ve been strong at each of the last three WTCR season openers, so the aim is to keep that run going this weekend.

It’s a great feeling to know we are just a few days away from being back on track and starting the season in Pau. I raced there in the past, back in 2005 in F3, and from what I can remember it’s very tight – a fun but challenging track, and one where qualifying is likely to be a big part of the weekend just like at every street track. Each year so far in the WTCR we’ve proved that Honda and ALL-INKL.COM Münnich Motorsport are up for the title fight, so there is every reason to believe we can be again this year. Let’s hope for a good first weekend to keep up that trend.

Each year in the WTCR I’ve been able to achieve a new milestone, so having won my first race in 2021 I hope to be able to fight for victories more regularly this season. Having this goal and trying to achieve it with a new team is really exciting. It’s a big challenge to get used to a new car in time for the season but LIQUI MOLY Team Engstler have been so professional, and their enthusiasm is a big motivation for me. I’ve been able to focus really hard on my training over the winter as well, so I can’t wait to start the season on a new street track for me.

I’m excited not only to return to Pau to race again, but also to start this new adventure with LIQUI MOLY Team Engstler in their first season with the Honda Civic Type R TCR. Attila and I have worked hard over the pre-season to transfer as much of our knowledge of the car to the team as we can and give thorough feedback from the tests we’ve done, which is so important just due to the standard that you have to be at to be competitive in the WTCR. It’s been a smooth process so far, but the work doesn’t stop there so we’ll be pushing really hard all weekend to get the best result possible.