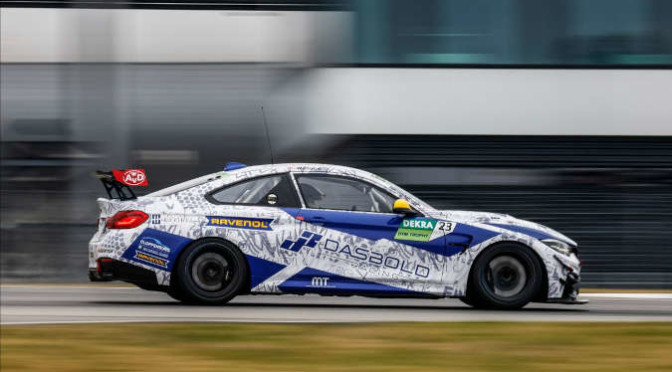 Another expansion of its involvement: in the inaugural season 2020, FK Performance Motorsport ran two BMW M4s in DTM Trophy, upped the ante to three cars for 2021 and it is bringing even four GT sports cars from the Munich-based brand to the grid in the 2022 season. The team from Bremen is relying on an international driver quartet with German Moritz Löhner, Spaniard Marc de Fulgencio, American Jordan Wallace and Bulgarian Steriyan “Terry” Folev. With Brit Ben Green, FK Performance secured the Junior Trophy title in 2020 and won the overall title in the talent pool on the DTM platform in 2021 after five wins in course of the season. As a reward for his title win, the DTM organisation ITR will provide Green with an opportunity to test the Mercedes-AMG of the HRT team during the official DTM test at Portimão.

“We are continuing our successful programme in the DTM Trophy and we are expanding it even further,” says Fabian Finck, FK Performance Motorsport team principal together with Martin Kaemena. “We are feeling really well in DTM Trophy and on the DTM platform. The fact that every driver is fighting for himself out at the track is the decisive distinction for us.”

Among his drivers, Fabian Finck is considering Moritz Löhner, who succeeded in making the step to DTM Trophy as the DTM Esports champion, and Marc de Fulgencio in particular to be in a good position to battle for podium results on a regular basis. “For Moritz, who came to us in real-world motorsport as a successful sim racer, 2021 was a learning year. However, with two podium results, he has shown his potential. Marc already did a full season in DTM Trophy in 2020. He deliberately made the decision to return to DTM Trophy and to opt for BMW.” Meanwhile, Jordan Wallace and Steriyan Folev are starting the new season as rookies. “Jordan is coming from a different background, mainly having raced in Porsche competitions in the US. Ben Green brought him to us and is supporting him as well, for instance on-site during the official test at Hockenheim last week. Because of his involvement in Europe, Jordan even moved to England. Steriyan still has little racing experience. For him, like for all our drivers, we can say that we will support him in the best possible way,” Fabian Finck says.

“Jordan Wallace approached us at Norisring last October. He was excited right away and wanted to compete this year. That is great for the team and the championship,” Ben Green points out. The 23-year-old Brit, who exaltedly celebrated his title win at Norisring, will be redeeming his special prize during the second official DTM test at Portimão on 26 April: a test drive with a DTM race car, this time the Mercedes-AMG of the HRT team. “Getting to know a new car with a professional team like HRT will be great. I am confident that, with their support, I will soon get into gear at Portimão, which is a new track for me as well,” Ben Green is full of anticipation and is looking back upon his two years on the DTM platform in a positive way: “DTM Trophy is one of the most competitive series I have ever raced in. And I loved it! All the pressure is on the drivers who have to make full use of their potential to win races, rather than on teammates or that one is dependent on fast pit stops by the team.” Ben Green, who lives in Waltham Abbey in Essex, is more focused than ever on his big goal, his dream: “My plan is to collect more experience and to work on getting into DTM in 2023. I was close already, but after one year in GT3, I will be even closer to making my dream come true.”

In 2022, the DTM Trophy includes 14 sprint races on the DTM platform. The season starts at DEKRA Lausitzring Turn 1 from 20 till 22 May.