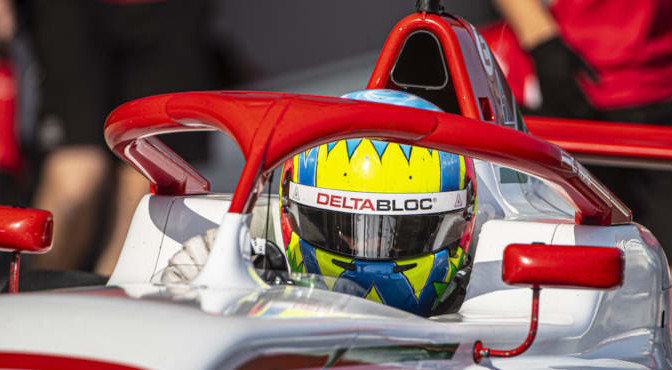 PREMA Racing is delighted to announce that Austrian racer Charlie Wurz will continue to compete with the team for his first full Formula 4 season. He will enter the Italian Formula 4 Championship as his primary commitment, with additional appearances set to be announced at a later date.

Wurz made his car racing debut in selected F4 events with PREMA in 2021, quickly proving up to pace and scoring one rookie win and several points finishes in the Italian F4 Championship. The 16-year-old is also a fourth-generation racer. Starting from his great grandfather, the Wurz family achieved considerable success throughout the years. Charlie’s father Alex claimed three F1 podiums and won the 24 Hours of Le Mans twice, while his grandfather Franz won the European Rallycross Championship three times.

Coming from some positive early showings, Wurz carried a positive momentum into the offseason, winning the one-off F4 UAE event at the Abu Dhabi Formula 1 Grand Prix, and continued to produce outstanding results in the Formula 4 UAE Championship, cruising to the driver title. A passionate racer, Wurz also had time for a winning campaign in the Porsche Sprint Challenge Middle East series during the off-season to add further preparation ahead of a busy year.

Angelo Rosin – Team Principal
“We are delighted to continue our work with Charlie as really enjoyed seeing him take his very first steps in motorsports last year. Helping young and talented drivers to improve and move forward is our mission, and Charlie clearly fits the bill, having showed that he has plenty of potential to be developed.”

Charlie Wurz
“I’m thrilled to continue racing with PREMA in the 2022 Italian F4 championship. We’ve had a good start of the year, so I look forward to getting back underway in two-months time.”