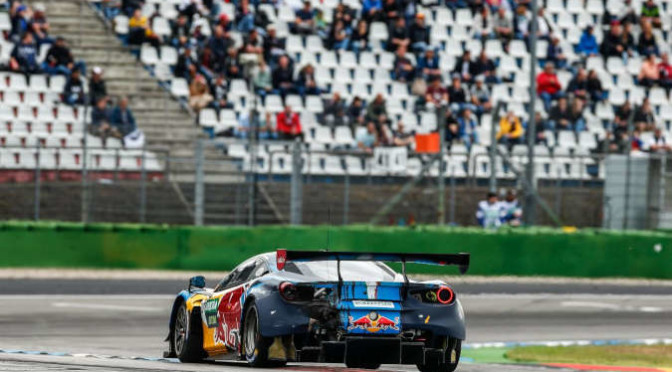 For its official test days at Hockenheimring from 4 till 7 April 2022, DTM is opening its doors, or rather the paddock and the infield grandstand C for spectators for the first time. For motorsport passionates, DTM fans and anyone interested, access to the two areas is free on all days. They get the chance to soak up DTM atmosphere for the first time this year and can get really close to the series’ stars again. The official test days get underway on Monday 4 April with DTM Trophy, the talent pool on the DTM platform, followed by the top stars from DTM itself on Tuesday and Wednesday and finally the historic cars from DTM Classic on Thursday, together with the BMW M2 Cup, already established in the DTM environment. Champion Maximilian Götz, returnee René Rast, the van der Linde brothers, rookie David Schumacher, Marco Wittmann with his new car, Timo Bernhard’s team, esports star Moritz Löhner and stars like Kris Nissen and Klaus Niedzwiedz: they will all be there and will be getting their laps in!

Frederic Elsner, director event & operations of the DTM organisation ITR: “Fans at the track and the opportunity to get really close to the drivers: there is no doubt that this has always been a part of DTM. Sadly, this wasn’t always possible in the recent past. We have thought about how we could give something back to the people who have remained loyal to us. Thus, in cooperation with Hockenheimring, the idea came up to enable everyone interested to experience this free of charge. We are happy with everyone who can make it and is coming to visit us at the track. With everyone who is getting the season started together with us.”

From Monday to Thursday, spectators are admitted from 10am onwards every day in the paddock and on the infield grandstand C, the grandstand in the Sachs hairpin that has always been popular among the fans. Parking areas can be found next to the museum and behind the south grandstand. Spectators have access to the paddock through the tunnel underneath the main grandstand where the access control point is located as well.

For admission to the premises, the current rules from the state of Baden-Württemberg apply. As a result, spectators can be granted access while adhering to the 3G ruling (vaccinated, convalesced or tested). Wearing a medical face mask covering mouth and nose (surgical mask, FFP2 mask or equivalent without valve) is mandatory on the entire premises. However, in outdoor areas, the face mask may be taken off when keeping the minimum distance of at least 1.5 metres is guaranteed. There will be no public testing facility directly near or within the premises.

Prior to the first DTM races at Portimão in Portugal from 29 April until 1 May, spectators get the chance during the official test days at Hockenheim to attune themselves to a thrilling, action-packed season that has some highlights in store: with races at DEKRA Lausitzring Turn 1, Imola in Italy, at Norisring, at Nürburgring, at Spa-Francorchamps in Belgium, at Red Bull Ring in Austria and eventually with the finale at Hockenheimring where the 2022 DTM champion will be crowned. Tickets for the entire season are already available in pre-sale at tickets.dtm.com and +49 1806 991166.