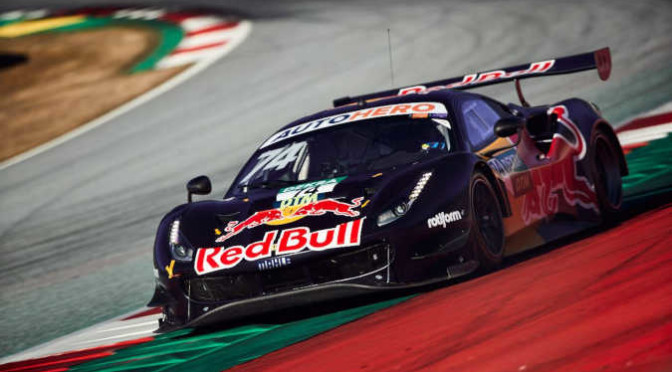 Two strong global brands are united again in the 2022 DTM: Red Bull and Ferrari are racing together with AF Corse, the race team run by former racing driver Amato Ferrari. The team is running two cars under the “Red Bull AlphaTauri AF Corse” banner. Drivers of the two Ferrari 488s are Brazilian Felipe Fraga, who will be racing the full season, and New Zealander Nick Cassidy, who will be competing in six of the eight race events. Fraga will be campaigning the car in Red Bull livery with starting number 74, GT stalwart Cassidy will be racing in the colours of Red Bull’s premium fashion brand AlphaTauri with starting number 37.

Brazilian Felipe Fraga started his career in karting before making the switch to GT racing. In 2016, the 26-year-old won the title in the Brazilian stock car series and at the beginning of this year, he won the LMP3 class in the 60th running of the Daytona 24 Hours. In recent years, Fraga shone on the European stage with achievements like runner-up spot in the 2021 FIA World Endurance Championship (LMGTE-Am). “I am really very happy to be allowed to drive here. It is a big chance for me, even the biggest of my career so far, and I intend to do it well,” Fraga says prior to his DTM debut. “I can’t predict any results, but I am here because I want to compete for victories and I know that we can do it with Red Bull AlphaTauri AF Corse, like last year. So, why not again this season?”

Nick Cassidy is a two-time Toyota Racing Series’ champion and secured the “triple crown” of titles in Japan with Super Formula, Super GT and All-Japan Formula 3. He is known as an undisputed GT professional and he already managed to catch the attention in two DTM races last year. During the Norisring finale, Cassidy replaced Thai Alex Albon who returned to Formula 1. As the 27-year-old Cassidy is also racing in FIA Formula E next to DTM, the New Zealander will be replaced during at least two race weekends. “I am really delighted to be in DTM again. As a racing driver, there is nothing you want more than just to be driving a lot. I am very happy with the programmes for this year and I think it will help me to do my utmost all the time.”

The track record of the Ferrari 488 that has been run by Amato Ferrari’s team in various disciplines since 2016, is impressive: 770 starts, 429 wins and 107 titles. With the driver duo, the Italian team intends to build on its achievements, to defend the teams’ title and also secure the drivers’ title.

Frederic Elsner, director event & operations of the DTM organisation ITR: “That the two global brands Red Bull and Ferrari are joining forces in DTM for the second time in a row is making us very happy. The team’s record speaks for itself, the competitive spirit that the crew already consistently showed in 2021 is impressive and the drivers are fantastic. Now, all the constant teams and drivers for the new season are known and looking at the entry list, I firmly believe in exciting races, great battles and smashing events.”

The 2022 DTM is getting its new underway with official tests at the Hockenheimring at the beginning of April. The first two races will be held at Portimão in Portugal from 29 April until 1 May. In 2022, there will be 16 sprint races in five different countries in total. For Red Bull AlphaTauri AF Corse, the two events at Imola and at the Red Bull Ring are home rounds.