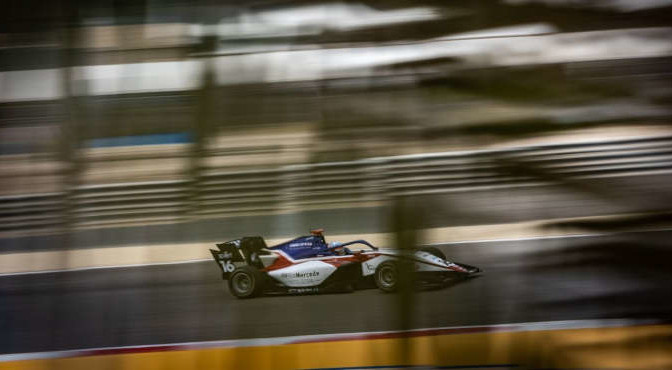 With the pre-season testing done and dusted, Charouz Racing System is ready to start off its 2022 FIA Formula 3 campaign. After the first three days at the Bahrain International Circuit, the Czech squad is now approaching the first round of the championship on the very same track, which is hosting a Formula 3 race for the first time ever.

László Tóth, Ayrton Simmons and rookie Francesco Pizzi, the three drivers chosen for the 2022 Charouz Racing System lineup, did a very good preparation job together with the team in last week’s test sessions and they will immediately try to get themselves in the fight for Top 10 positions, in order to conclude this first race weekend by getting their first points of the season.

The three straights and the two DRS zones, one of which is along the main straight that leads to the critical and very narrow turn 1, will probably see a lot of drivers involved in some tight battles on this 5.412km track. During the tests, the three cars run some simulations in race conditions with good results and a promising pace and it will now be up to the drivers to make it count when it will come to wheel-to-wheel action.

Round 1 in Bahrain is the first of the 9 rounds featured in the 2022 calendar, along which Formula 3 will be back racing alongside Formula 2 and, as usual, Formula 1. This new season will also see a change to the weekend format, which is set to go back from the 3 races schedule of 2021 to its previous format with 2 races: the Sprint Race, with a reverse grid for the first 12 drivers from Friday’s qualifying session, on Saturday and the Feature Race, with full points awarded for the first 10 drivers, on Sunday.

Antonín Charouz, team owner: “It’s always exciting to start a brand new season after a long winter. As usual, we’ve worked really hard to prepare this next campaign and the data we gathered from the tests are very promising. I’m sure that everyone in the team can’t wait to start the race weekend, especially the drivers. We have a very interesting lineup with László, Ayrton and Francesco, they all did very well during the three days of testing and I’m sure they have the talent to prove themselves among the best of this very impressive and tremendously competitive 2022 grid”.

László Tóth
“We can finally get the season started and go racing in Bahrain, I can’t wait to get back in the car and start driving. After the test I feel like I’ve already learned a lot more about the car and especially about the track, so It’s exciting to begin the season and see where we are and where we can get”.

Ayrton Simmons
“I’m really looking forward to this first weekend and to pick up where we left off in the tests to keep improving. It’s the first weekend of the year and we wanna make sure to start on a high and with a good momentum, so I’m really buzzing”.

Francesco Pizzi
“It’s the first race weekend of the year so it’s really important to start off on the right foot, build a good base for the rest of the season and keep improving from there. I know it’s just the start but we want to have a good one right away so that we can continue in the same way”.