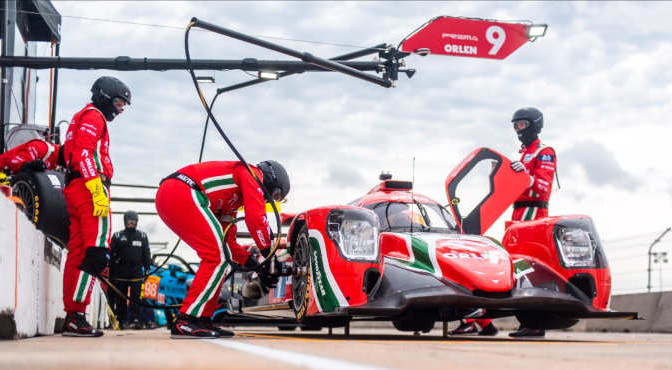 Prema ORLEN Team completed its first official outing of the FIA WEC season at Sebring Raceway with the running of the championship’s official Prologue test over two days. The team ran consistently and experienced four trouble-free sessions, trying a variety of situations and solutions, including runs in race and qualifying trim.

The opening day, which was disrupted by a massive rainstorm late in the morning, saw the Prema ORLEN Team Oreca racecar cruise the top of the overall chart with Polish racer Robert Kubica behind the wheel. The team stayed towards the front on Sunday, with Swissman Louis Delétraz setting the fourth fastest lap overall, P3 of LMP2, in the afternoon. While the day started with chilly weather, temperatures rose dramatically as the hours progressed.

The test was also a great opportunity for Lorenzo Colombo. The Italian, making his debut in endurance racing, had the chance to put down good mileage ahead of the race and get used to the new variables for him. Prema ORLEN Team will now start preparing for the 1000 Miles of Sebring. The opening round of FIA WEC season will be held next Friday.

“I had to gain chemistry with the track as it is a new one for me and it’s particularly bumpy. I found a good pace right from the start also thanks to my teammates who are extremely prepared. We worked on the car to improve what we needed in each session, and we kept moving forward. The other new thing for me is traffic, and learning it at Sebring is not easy, as all drivers need to understand each other. The test was really positive, put down some good mileage and we are in a good place for the race.”

“We had a decent couple of days of testing. We tried a few things, and kept learning as a new team, day by day. Now that we have the race weekend coming, we have two days worth of data to analyse and we look forward to it.”

“First of all, we started discovering the track, which is quite interesting and different than what we are used to in Europe. It’s a very special one. We had a lot to do for ourselves as drivers, and for the team. It has been a tough couple of days in terms of work amount, and it will not get easier in the coming weeks and months. We have to keep working, analyzing what we can improve, and hopefully, we’ll be as well prepared as we can. I really appreciate the work that has been done up to this point.”