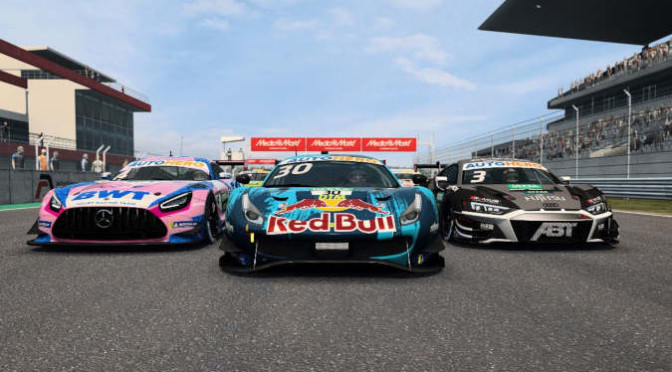 Ferrari is the attraction during the DTM Esports Championship powered by MediaMarkt season opener. When the virtual race series of the DTM platform is getting its second season underway on Thursday 10 March, the Ferrari 488 GT3 will be on the grid for the first time as well. The long-awaited premiere of the Ferrari could be turned into reality following the official licensing by DTM partner RaceRoom. For its debut, Ferrari is enjoying great popularity right away as twelve of the 29 participants have opted for the legendary race car from Maranello that also caught the attention in the real-world DTM last year. The first of this season’s six rounds will run on Thursday from 7.05pm onwards and will be streamed live on YouTube (youtube.com/dtm) with commentary by Luke Crane (English) and Thomas Bienert (German).

Imola is the first of six extraordinary and quite demanding race tracks on the DTM Esports Championship powered by MediaMarkt calendar. Like all the other esports circuits, the long-standing Autodromo Enzo e Dino Ferrari with its 4.909 kilometres long track is also on the calendar of the real-world DTM. Norisring is next on 24 Marc, followed by Lausitzring on 7 April, Spa-Francorchamps on 10 April, Red Bull Ring on 21 April and Portimão on 28 April. Immediately after that, from 29 April until 1 May, DTM is starting its new season on the Algarve coast as well.

Sim racers from twelve countries have qualified for the championship through three qualifying events. With 16 participants, Germany has the largest representation, further racers are coming from Belgium, England, Hungary, Italy, Montenegro, Slovenia, Spain, Sweden and The Netherlands. The field of the 29 qualified sim racers includes both professionals and amateurs. For instance, the favourites include Brit Jack Keithley from the Williams F1 outfit esports team and defending champion Moritz Löhner, who is racing for Dörr Esports. In 2021, the 23-year-old from Munich managed to pull off what all sim racers are dreaming of: making it into the real-world motorsport cockpit.

As the DTM Esports champion, Löhner won a test drive with a production-based sports car from the DTM Trophy, the talent pool on the DTM platform, and convinced right away. With support from DTM partner MediaMarkt, he raced the red-and-white BMW M4 in the DTM Trophy season and even scored a pair of podium finishes. As an instructor in DTM Esports, for instance during the boot camp in the RaceRoom Café at the Nürburgring, he has made his own opponents strong. “The field has developed very well, so I am expecting very close races,” says Moritz Löhner, who is racing a BMW in esports as well. “The fact that set-up changes are allowed again for the first time will considerably mix up the field. I am relying on our strong team and good teamwork for the set-up, so I think my chances are good again.”