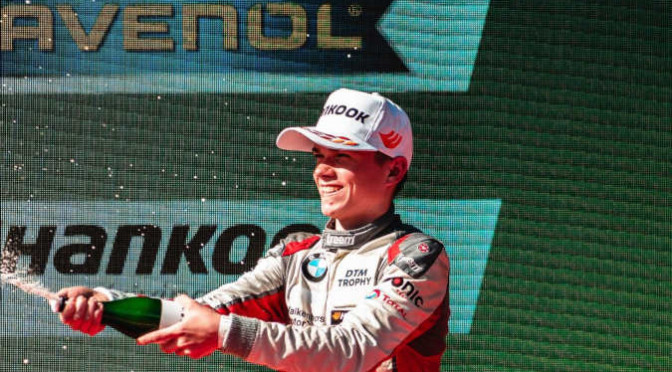 Walkenhorst Motorsport continues its two-pronged commitment to the DTM platform. Next to running a pair of BMWs for Marco Wittmann (GER) and Esteban Muth (BEL) in DTM, the BMW team from Melle near Osnabrück will again be competing with a BMW for Theo Oeverhaus (GER) in the talent pool DTM Trophy. The 17-year-old from Osnabrück already showed his considerable talent in his debut season. As the youngest driver, he ended up sixth overall from 28 drivers in the 2021 DTM Trophy following a victory and two further podium results.

“We are very proud of Theo Oeverhaus and his development in the past year. Therefore, it was clear to us that we wanted to continue to work together with him,” team principal Henry Walkenhorst says. “Theo is very young and there is still a lot to learn, but he is highly motivated and talented, which will help him to achieve great results.” Henry Walkenhorst is convinced by the high status of the DTM Trophy: “DTM Trophy is a huge chance for his career and we can hardly wait to see him on the podium again in 2022.”

Last season, Theo Oeverhaus not only scored a great victory in DTM Trophy at Hockenheimring but also won both races in the BMW M2 Cup as a guest driver in the Norisring season finale. “My priorities are quite clear: implementing what I have learned in the past season and being able to lead the championship standings,” says Oeverhaus, who started his career in karting. “Last year, I really enjoyed working with the Walkenhorst Motorsport team. It feels like family and therefore I am even more excited to be competing for podium finishes and race wins in DTM Trophy again with them.”

For the second year already, Walkenhorst Motorsport is using the valuable synergy effects from the double duty in the top league that is DTM and in DTM Trophy, the talent pool on the high-class DTM platform. Next to Walkenhorst, T3 Motorsport, KÜS Team Bernhard and Mücke Motorsport are also involved in both series, Peter Mücke’s team in DTM Classic on top of that as well. “The fact that no less than four teams are using the synergies from participating in two or three series on the DTM platform is making us very happy, of course,” Martin Tomczyk, DTM Trophy series’ manager of the DTM organisation ITR, underlines. “With Theo Oeverhaus, Walkenhorst Motorsport is putting an enormous talent on the grid. He has already proven his driving abilities as a 16-year-old in many races and eventually with his debut victory.”

The DTM Trophy includes 14 sprint races and is getting its third season underway at DEKRA Lausitzring Turn 1 from 20 till 22 May.