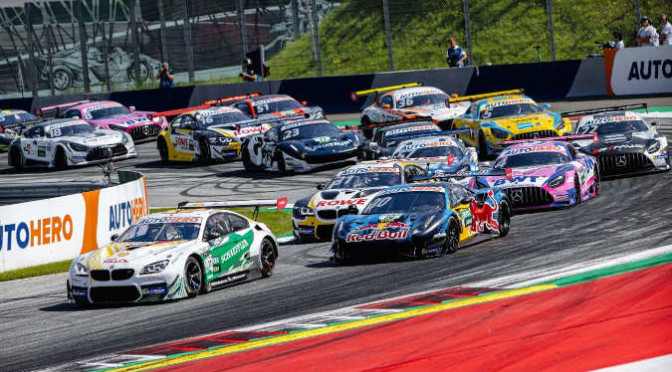 The vehicle balancing for DTM and DTM Trophy will be coming from a single source in future. In the 2022 season, the globally operating automotive service provider AVL will determine the balance of performance (BoP) for both DTM as the top category and the junior talent pool DTM Trophy. AVL and the DTM organisation ITR have extended and expanded the successful cooperation accordingly in an exclusive partnership agreement.

AVL RACING, the motorsport division of the engineering company based in Graz, Austria, had secured the basis for a fair competition in the 2021 season between the DTM race cars from up to seven different brands (Audi, BMW, Mercedes-AMG, Ferrari and Lamborghini plus McLaren and Porsche in selected rounds) by means of a DTM-specific BoP. In the 2021 DTM, this resulted into a battle for the title involving up to four participating brands that remained open until the final race. “The cooperation with AVL has convinced us right away. It is also highly appreciated by the car manufacturers as well as the teams and drivers, not least as a result of an open and transparent communication,” as Michael Resl, director competition & technology, ITR, explains. “The DTM-specific method, based on state-of-the-art virtual simulation of the cars and the environment of the vehicle with great depth of detail, taking into account a large database and without the real-life insights of a test driver, has proven to be eminently reliable. This specific BoP is one of DTM’s key characteristics. That is also the reason for us to opt for this virtual method in DTM Trophy as well, being able to benefit from additional synergies as a result.”

The BoP resulted into utmost equality of chances and therefore exciting races. In the process, different vehicle concepts such as front, mid and rear engine as well as engine variations with six, eight or ten cylinders, turbocharged or naturally aspirated, have been taken into account first. The performance balancing is being achieved, among others, by adapting the vehicle weight and regulation of the engine power by means of air intake restriction and/or boost pressure. As the basis for the BoP calculation, AVL is using the VSM™ Race (Vehicle Simulation Model) software, developed over many years, that enables the AVL engineers to simulate up to 100,000 laps in a minimum of time. In the process, circuit-specific BoP elements taking into account the temperature and ambient air pressure are playing a major role.

“Just like our new race director Scot Elkins will be responsible for both DTM and DTM Trophy in future, AVL RACING will now also be taking care of the vehicle balancing for both series. As a result, we implement an identical quality standard in DTM and DTM Trophy,” Frederic Elsner, director event & operations, ITR, delights. “DTM is one of the big players in worldwide GT racing after one year already, so we are happy about the confidence that is being put in us by the expansion of the cooperation,” Ellen Lohr, director motorsport, AVL, adds.

DTM is starting its new season at Portimão in Portugal from 29 April-1 May, DTM Trophy does so at DEKRA Lausitzring Turn 1 from 20-22 May. Tickets for all race weekends including attractive Christmas promotions are available from the DTM Ticket Shop (tickets.dtm.com) and the DTM Ticket Hotline (+49 1806 991166).