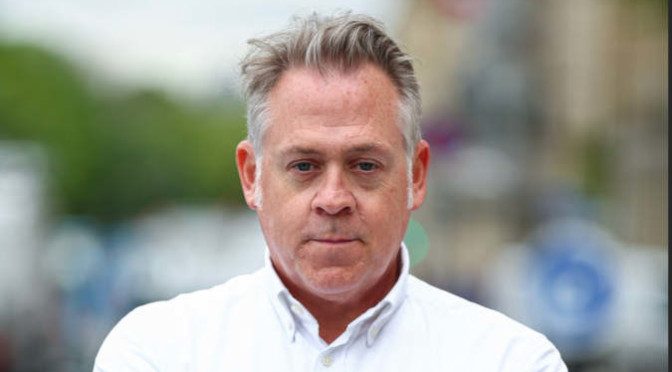 In the future, the world-class drivers in DTM and the young drivers in DTM Trophy will be following the instructions of Scot Elkins. The 51-year-old American who grew up in the area of the legendary Indianapolis Motor Speedway, will be taking on the function of race director in the 2022 DTM season. Elkins is the successor of Niels Wittich, who will be fully working for the FIA in the future as the deputy for Formula 1 race director Michael Masi and as the race director in Formula 2 and Formula 3.

Elkins is bringing in many years of experience in motorsport as deputy race director in Formula 1, Formula 2 and Formula 3 as well as series’ director of the American NRX Nitro Rallycross series. Currently, he is the race director of the ABB FIA Formula E World Championship, a function he will also be fulfilling in DTM from the 2022 season onwards. The American is at the helm of a delegation of 15 on behalf of the Automobilclub von Deutschland. Next year, the AvD will again be the sporting organiser of DTM, DTM Trophy, DTM Classic and further support categories on the DTM platform. Elkins himself will be responsible both for DTM and for the young talent pool that is the DTM Trophy. In case of date clashes with Formula E, Oliver Grodowski will be standing in for him as the race director, which, according to the current situation, will be the case for the races at Portimão (Portugal) and at Norisring. Elkins and Grodowski share a joint philosophy and are in close contact already now. Christian Vormann will be the deputy in both race series.

Scot Elkins: “The DTM platform is providing unique racing with just one driver per car and the start in DTM formation. I think that I am bringing in a somewhat different approach because of my experience in the US, but I hope that not much will change as a result and that the decisions remain fair and consistent. For me, motorsport is about people first and foremost, so therefore I am looking forward to getting to know new colleagues, drivers and teams in the DTM environment.”

“We are delighted to be able to present with Scot Elkins a vastly experienced race director, acknowledged on the international stage, for the upcoming season,” says Lutz Leif Linden, secretary general, AvD. “I am very happy with the first season in DTM. I would like to thank Niels Wittich for his effort and the good cooperation. There is no doubt about his huge competence and we are happy when our paths are crossing again. Speaking on behalf of the AvD team, I wish Niels a lot of success for his new duties with the FIA.”

Elkins, who is living in Los Angeles in California together with his family, is bringing in comprehensive skills and experience in the areas of operational management, strategic planning and team leadership, qualities that will be beneficial to him as DTM’s race director. “Scot Elkins is radiating an unbelievable presence and is showing massive commitment already in preparation for the new season. With his vast experience, he will be an asset for DTM and DTM Trophy and will be making his mark on them. We are convinced about that. For the internationally growing platform, Scot Elkins is the right new signing. And also with an eye on the future, we are certain that, with all his expertise in electrified motorsport, he is an asset for the further development of DTM Electric,” says Frederic Elsner, director event & operations of the DTM organisation ITR. Last week already, Scot Elkins contributed with his expertise to the revision of the regulations in DTM and DTM Trophy for the 2022 season.

“You just feel that Scot Elkins is really passionate about the DTM platform. His support is remarkable, already at this stage. Because of the time difference, our regulations workshop took place in what was the dead of night for him, but nevertheless, he was wide awake and with full spirit for the matter and for the team,” Frederic Elsner adds. Scott Elkins will also be present during the DTM test sessions at Hockenheim from 4-6 April and at Portimão on 26/27 April. There, DTM will be getting its 35th season underway from 29 April-1 May 2022.