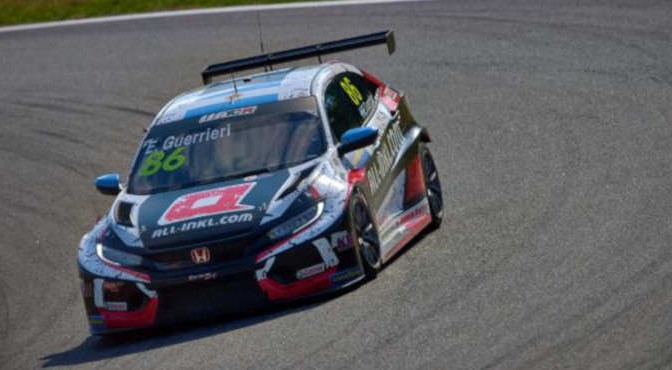 This weekend’s visit to Sochi marks a fourth and final new track in succession in the second half of the 2021 season, and is the first WTCR round to be held in Russia.

Seeking a first victory of the campaign, Esteban – the record WTCR win holder – is hoping to save his best for last at the 5.848-kilometre circuit, with 60 points up for grabs and a 37-point deficit to overturn.

The Argentinian is now one of only two drivers to have gone into every WTCR season finale still in the hunt for the title, while it is also the fourth year Esteban, ALL-INKL.COM Münnich Motorsport, and the Honda Civic Type R TCR are still in the running; no other combination has achieved this.

Flanking Esteban will be compatriot Nestor Girolami, ready to play his part to assist both his team-mate’s bid in the Drivers’ standings and that of ALL-INKL.COM Münnich Motorsport in the Teams’ Championship.

As well as fulfilling that support role, ‘Bebu’ – who won at Most last month to maintain his record of taking at least one victory in each WTCR season he has contested – is also looking to move up the standings.

The ALL-INKL.DE Münnich Motorsport team may be out of the running for the Teams’ title, but like Nestor both Attila Tassi and Tiago Monteiro will be out to support Esteban’s bid.

Attila made his biggest breakthrough in the WTCR yet by winning at the second round of the season in Portugal earlier this year and, after a difficult patch, was on form last time out in Italy where he qualified 11th.

The Hungarian is one of just five drivers to have competed at Sochi previously, having raced at the Russian Grand Prix venue in the TCR International Series in 2016, scoring a podium.

Tiago is another member of the 2021 race winners’ club, having triumphed in the season opener at the Nürburgring.

In what is his 10th season as part of the Honda Racing stable, Tiago is looking for a return to the front of the field this weekend in order to end the season on a high.
—————————-
Esteban Guerrieri 86
ALL-INKL.COM Münnich Motorsport

It will be another tough fight, but it’s great to be in this position again and testament to the work we have done to be going for the title for a fourth year in a row. Our aim is to get all four cars in the top 10 to maximise our chances and reduce the opportunities for our rivals. It’s a different type of track to what we’ve raced on for most of the year; it’s very long, wide and with medium-speed corners with plenty of overtaking opportunities. It would be a very good thing if a bit of rain comes to mix things up, but we will take whatever comes our way and try to maximise it.
—————————–
Néstor Girolami 29
ALL-INKL.COM Münnich Motorsport

The middle part of the lap is full of medium-speed corners that should suit the Honda Civic Type R TCR, but although we expect the car can be strong we have to be cautious about any predictions as there are other parts of the track that the car is less well-suited to and we will also be carrying some weight still. A lot of factors outside of my control have made this season more difficult than I had hoped for, but I will keep fighting until the end to support Esteban and to do the best for myself, ALL-INKL.COM Münnich Motorsport and Honda.
—————————-
Attila Tassi 9
ALL-INKL.DE Münnich Motorsport

Being one of a small group of drivers to have raced at Sochi in the past cannot hurt, but a lot of time has passed since I was last there so it’s been important as well to practice on the simulator in preparation for this weekend, especially as its characteristics are very different to the other circuits we have raced at this year. After a positive round in Italy in terms of my pace, I’m hoping for a repeat this weekend so we can assist Esteban in the best way possible and also end the season on a high from my perspective with some good results.
—————————
Tiago Monteiro 18
ALL-INKL.DE Münnich Motorsport

We have one main goal this weekend and that’s of course to support Esteban with his push for the Drivers’ title, but the best way possible to do that is to be fighting at the front along with him. I’m really hoping to be back up there, all four of us, not only to help his situation but also to score big points ourselves and make a final push up the points table, to get closer to where our potential for this season was. It’s a new track for me, so I’m excited to see what it has in store.