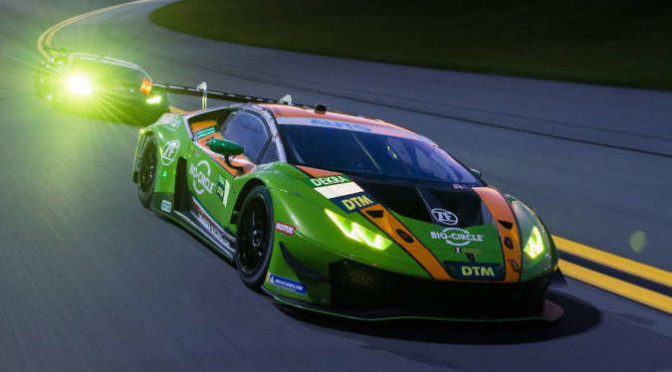 Sensation in DTM: the Grasser Racing Team (GRT) from Austria will be campaigning four Lamborghinis in the 2022 DTM. For this endeavour, Gottfried Grasser’s stable is receiving substantial works support from the official Lamborghini Squadra Corse. GRT ranks among the most successful GT teams and has a remarkable record of success with victories and title wins in Germany, Europe and worldwide. The driver line-up for the four Lamborghini Huracán GT3 EVOs in the upcoming DTM season, starting at Portimão in Portugal from 29 April-1 May and ending at Hockenheim from 7-9 October, will be announced at a later stage.

“DTM is something really big in motorsport, something I have been following intensely myself for over 20 years. The entire package is making DTM the premier class in GT3 racing. The media figures are impressive and we have seen in 2021 that innovative solutions such as the BoP, Balance of Performance, are working well in DTM. It is all very professional,” says GRT team principal Gottfried Grasser, who secured two much-noticed class wins for Lamborghini in the Daytona 24 Hours. “Campaigning four cars in one of the world’s most thrilling and most popular race series is a great challenge that we are delighted to be taking on. I would like to thank Lamborghini Squadra Corse for its unbelievable support in this project.” For Grasser, the orientation for the future is clear: “From now on, our full focus is on DTM, we will be ending all our other involvements. One can only do DTM with utmost concentration. Our goal is to be well up front in the first year already and deliver a professional package. The gaps are unbelievably small, everything has to be spot-on.”

Giorgio Sanna, head of Lamborghini Squadra Corse, also underlines the significance of DTM: “We at Lamborghini Squadra Corse are highly delighted to expand our commitment in DTM together with the GRT Grasser Racing Team. Since the beginning of our collaboration, we have forged a unique relationship, achieving very important milestones with the Lamborghini Huracán GT3. DTM is a valuable marketing platform and a challenging competition for us to move ahead into the future. We have high hopes and are looking forward to a successful campaign in 2022.”

The DTM organisation ITR is also delighted about the entry of the new team. “For DTM, this is a huge gain and it underlines the appreciation of the race series that Grasser Racing has entered four Lamborghinis with official support from Lamborghini Squadra Corse for the 2022 DTM,” says Frederic Elsner, director event & operations. “Gottfried Grasser’s team has an impressive track record and Lamborghini is a fascinating sports car brand that has already impressed the fans last season. We are all the more eager to find out about the quartet of drivers with whom Grasser Racing will be fighting in DTM.”

In the 2021 DTM, Lamborghini works driver and GRT stalwart Mirko Bortolotti (ITA/31) made a successful guest start, scoring a podium finish and posting a fastest race lap at Assen in The Netherlands with the Lamborghini of the T3 Motorsport team from Dresden.

ITR managing director Benedikt Böhme is welcoming GRT, too: “The Grasser Racing Team is an undisputed top team that has already sufficiently proven its quality and therefore is a very good match with the aspiration of our series. That GRT and Lamborghini will be on the grid with four cars straight away underlines DTM’s unabated charisma and appeal.”