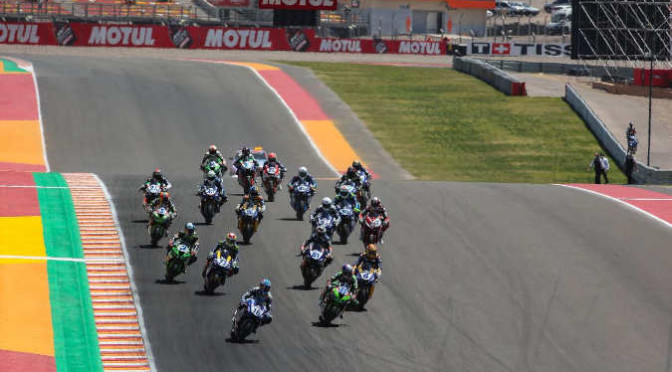 While Aegerter was able to wrap up his first World Championship with a round to spare last time out in Race 2 at San Juan, meaning Indonesia is his first round as a World Champion, the battle for second and third is still on across the season-ending Indonesian Round. Steven Odendaal (Evan Bros. WorldSSP Yamaha Team) is currently occupying second place in the Championship with 313 points and will be hoping he can withstand the challenge from Manuel Gonzalez (Yamaha ParkinGo Team) to maintain that position, with Gonzalez 38 points back with 50 available.

Both Jules Cluzel (GMT94 Yamaha) and Philipp Oettl (Kawasaki Puccetti Racing) have a chance of securing a top three Championship position too, with both on 241 points; 34 points behind Gonzalez. Cluzel has been in a rich vein of form since WorldSSP visited Portimao, claiming three victories, including a double win at San Juan, and one second place in the last four races. Oettl, who will graduate to WorldSBK in 2022 with Team GoEleven, will hope he can return to the rostrum after not visiting the podium since Jerez. His best result in the last four races has been eighth in Race 2 at Portimao.

One rider heading into the season-ending Indonesian Round has been Turkish star Can Öncü (Kawasaki Puccetti Racing) with two podiums in Argentina on his first visit to the venue. While he dropped back from Cluzel at around the halfway stage of the opening race at San Juan, in Race 2 Öncü was able to stay with the Frenchman right until the closing stages as he challenged for his first victory in WorldSSP. At a venue where everyone starts from zero, could Öncü claim his first WorldSSP victory at Mandalika?