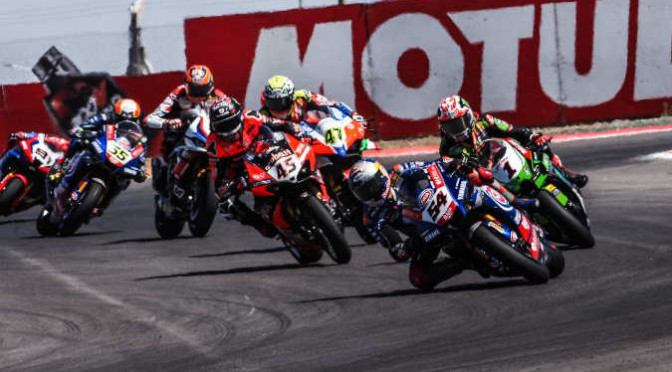 One of the greatest seasons in memory is coming to a close, but does one more twist lie ahead in an unforgettable 2021 WorldSBK Championship battle?
35 races, 12 circuits, five different winners but only one thing left to decide: who will take the 2021 MOTUL FIM Superbike World Championship? The final round of a sensational season is on the horizon, with all the twists and turns up to this point making for a grand finale. Toprak Razgatlioglu (Pata Yamaha with Brixx WorldSBK) leads the way into the Pirelli Indonesian Round, held at the all-new Pertamina Mandalika International Street Circuit on the picturesque Lombok Island. Jonathan Rea (Kawasaki Racing Team WorldSBK) is second, 30 points adrift but has three races to keep his crown for a seventh straight season in what would be one of the greatest sporting comebacks ever seen. In a rivalry that has raged all season, this is the final hurdle: Razgatlioglu vs Rea and the showdown that’s been on everyone’s lips.

It’s been a phenomenal season of racing, but Toprak Razgatlioglu has raised the bar; despite not winning until the ninth race of 2021, he’s has racked up 13 wins and an astounding 28 podiums. He’s cemented himself as the rider to beat but the results are just the fruit of his hard work, as well as his never-give-in attitude. Never knowing when he’s beaten and fighting with resilient spirit, the 25-year-old Turk is on the verge of becoming World Champion, the first for Yamaha since Ben Spies in 2009. Will Toprak and indeed Turkey hold on for a first WorldSBK crown? His teammate, Andrea Locatelli – already rookie of the year – hopes to get fourth overall in the standings, being just eight points behind Michael Ruben Rinaldi (Aruba.it Racing – Ducati), whilst also aiming to help Toprak to the title and Yamaha to the Manufacturers’ Championship, as they lead Ducati by 16 points.

At Kawasaki, there’s still a chance of retaining the crown. Jonathan Rea’s season started strongly with a 100th win in WorldSBK at Aragon and he, like Toprak, has demonstrated great consistency and has won 11 races and also taken 28 podiums. However, costly errors at Donington Park, Most and notably Portimao, have put Rea on the backfoot. Despite this, Rea remains in touch and is in a position to pounce if Razgatlioglu can’t capitalise. Rea’s never been in this position before and the 34-year-old Ulsterman will do everything in his power to keep the crown. Teammate Alex Lowes will be wingman, as he hopes to back-up Rea as both aim to give Kawasaki an opportunity of retaining their Manufacturers’ title. Lowes himself has a chance of sixth overall, 23 points behind Michael van der Mark (BMW Motorrad WorldSBK Team).

With the Riders’ Championship not featuring a Ducati rider, Scott Redding (Aruba.it Racing – Ducati) may well be the one who can ride at ease the most. He’s currently third in the standings, something that at the bare minimum he will hold on to, but he’s also not too far away from Rea to take second. 36 is the gap between Rea and Redding, meaning Rea has to score two more points than Redding in Race 1 to lock the Englishman out. Redding and teammate Michael Ruben Rinaldi have the job of keep Yamaha honest in the Manufacturers’ Championship too and may be the spoilers at the front and amidst the title battle. Redding hopes to leave Ducati on a high and win races, whilst Rinaldi looks to secure fourth overall, a respectable result after his first year in the factory team.