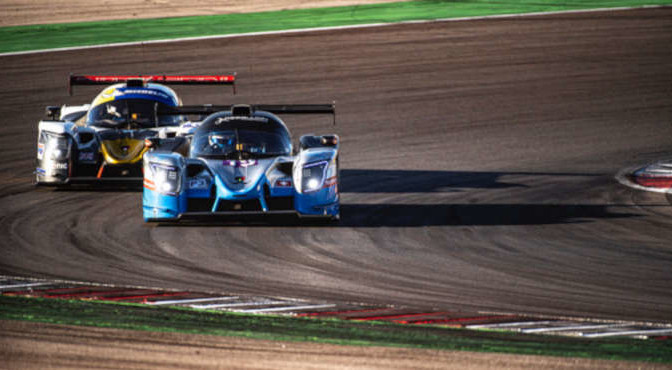 Trier-born Niklas Krütten finished his maiden season in the European Le Mans Series (ELMS) as runner-up in the driver and team standings. Together with his team COOL Racing, the 19-year-old driver sponsored by the ADAC Sports Foundation only just missed out on making it to the top at the season finale in Portimão (Portugal). The driver trio of Matt Bell of Great Britain, Switzerland’s Nicolas Maulini and Niklas Krütten were dominant for almost the entire season and were leading the LMP3 overall standings up until the final. In six races, the team finished on the podium a total of four times, with two wins and two second places. However, after finishing in P8 in the deciding race the Swiss team were forced to surrender their lead.

Nicolas Maulini started the four-hour race in Portimão on Sunday from ninth on the grid. Unfortunately, the man from Switzerland came into contact with a rival early in the race and had to return to the pit for repairs. Soon after, tyre damage forced the team to make another pit stop. Niklas Krütten took the wheel of the Ligier JS P320 on lap 53 and in P14, and was able to keep up with the top times in the LMP3 classification during his stint. After 36 laps, the 19-year-old handed the race car over to closing driver Matt Bell in ninth place. Then, a drive-through penalty for exceeding the track limits dashed any hopes of finishing at the front and winning the title. After 122 laps, Bell crossed the finish line in eighth place.

Niklas Krütten: “Luck just wasn’t on our side this time. We had a lot of issues in the race. First the contact with the ensuing repairs. Then another stop due to tyre damage, and a drive-through penalty at the end. So, we didn’t manage the title unfortunately. But I’m still very proud of the whole team’s performance and work. We started the season without any expectations and were driving for the title down to the wire, we were leading right up until the end. And being runner-up isn’t the worst thing in the world.”

Krütten will be action again elsewhere this year: Together with the United Autosports Team, he will contest the legendary Motul Petit Le Mans. The season finale of the IMSA WeatherTech SportsCar Championship 2021 will be held at Road Atlanta from 11 to 13 November.