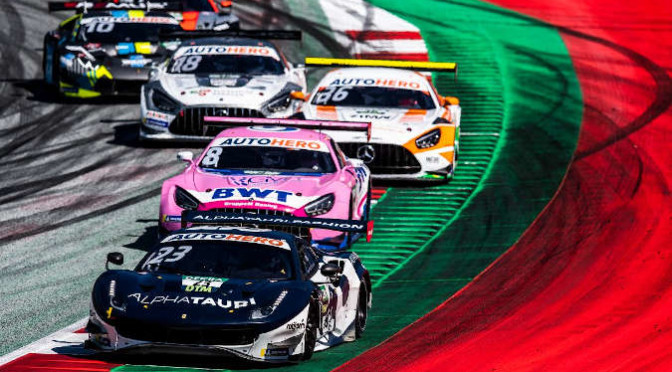 A premiere for the DTM platform: for the first time in its long history, DTM will be racing at Imola in Italy, located in the Emilia Romagna region, 30 kilometres south-east of Bologna, from 17-19 June 2022. The Italian Formula 1 circuit will be the venue for the fourth race weekend of the 2022 DTM season. The season gets underway at Portimão in Portugal (29 April-1 May) and will be concluded, traditionally again in 2022, at the Hockenheimring (7-9 October). “Benvenuti a Imola” also applies to the DTM Trophy! The junior race series will be present for seven of the nine rounds, the season opener will be held at DEKRA Lausitzring (20-22 May).

Next to Portimão and Spa-Francorchamps, the Autodromo Internazionale Enzo e Dino Ferrari Imola is the third Grand Prix circuit to have been included on the calendar of the popular race series for the upcoming season. The demanding and long-standing track in the Emilia Romagna region will be the 42nd circuit at which DTM has been staging races since its start in 1984 and the fifth venue in Italy after Monza, Mugello, Misano and Adria.

“The Imola circuit has an impressive history and is known as a quite challenging, fast circuit. Imola fits perfectly into our calendar and is another track that is requiring the most from our drivers and teams,” says Frederic Elsner, director event & operations of the DTM organisation ITR. “Moreover, DTM has a close connection with Italy, particularly as a result of the participation of Italian drivers, teams and manufacturers like Ferrari, Lamborghini and formerly also Alfa Romeo. We are massively looking forward to the premiere at the famous Imola circuit.”

Circuit manager Pietro Benvenuti is equally looking forward to the premiere: “After the announcements of Formula 1 and the European Le mans Series, here is another prestigious championship that has chosen Imola for its Italian round. DTM is undoubtedly one of the most important series at European level. I am convinced that fans will not miss the opportunity to experience this great series at Imola Circuit.”

Tamburello, Tosa, Acque Minerali and Rivazza are just a few of the famous names of the 17 corners of the 4.909 kilometres long track in Imola. The circuit, 80 kilometres away from the Ferrari headquarters in Maranello, is based on an idea by Checco Costa, the father of famous Italian doctor, Claudio Costa. After that, it was Enzo Ferrari who christened the track as “little Nürburgring”. When the track was opened in 1953, the layout didn’t include any chicanes yet. These were only integrated over the years to make the track safer.