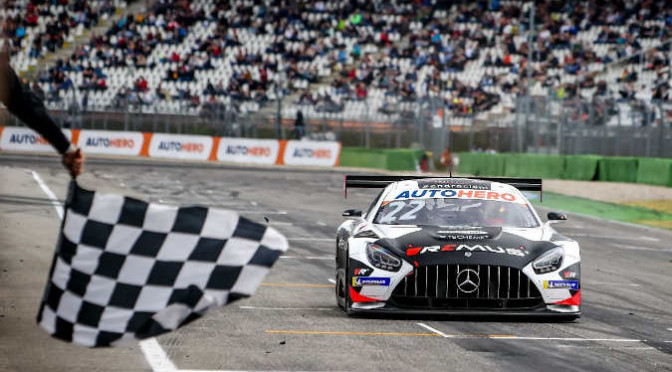 DTM is gearing up for a thrilling finale next weekend (8-10 October): prior to the two final races of the season, four drivers are still in contention for the title. While Austrian Lucas Auer secured his second win of the season with the Mercedes-AMG from the WINWARD team at Hockenheim on Sunday, the only 19-year-old New Zealander Liam Lawson with the Red Bull Ferrari built up a 14-point advantage in the battle for the title by finishing second and is now in the lead with 206 points. Third place at Hockenheim went to German Maximilian Götz with the HRT Mercedes, who also kept his title hopes alive with 180 points.

South African Kelvin van der Linde, who had claimed back the lead in the drivers’ standings with his fourth win of the season with the ABT-Audi on Saturday, had to make do with tenth place and only one point after two penalties on Sunday. With 192 points, van der Linde is second in the standings behind Lawson and ahead of Götz. Marco Wittmann (GER) finished outside the point-scoring positions with the Walkenhorst BMW, but with 165 points, he still has chances to secure his third title at his home track.

Now, the big showdown of the 2021 DTM season is only one week away (8-10 October) with the DTM finale coming up at the Norisring, the street circuit of only 2.3 kilometers in Nuremberg.