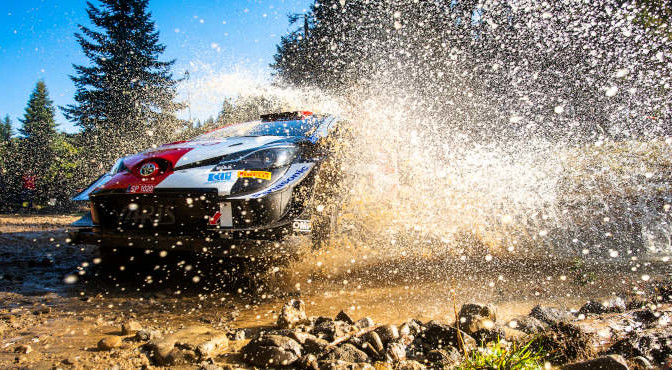 Celebrating your 21st birthday by threading a state-of-the art World Rally Car along the world’s fastest rally roads in pursuit of victory in front of passionate home-town fans sounds like a comic-book story.

Rovanperä will put the presents to one side on Friday to chase a third straight gravel road victory, after becoming the WRC’s youngest-ever event winner in Estonia in July and following up with success in Greece earlier this month.

The Toyota Gazoo Racing pilot is the latest motorsport hero from Jyväskylä, the traditional home of the fastest round in the WRC calendar.

The young Rovanperä would like nothing better than to spark another victory party on Sunday.

“Driving Rally Finland in a World Rally Car is going to be one of the coolest things for me in my career so far,” he admitted. “A home rally is always different and Rally Finland is something special. You can really feel the atmosphere there.”

Cars frequently top 200kph on rollercoaster roads amid the forests and lakes of central Finland. The speed, big jumps and blind crests masking corners mean pace notes must be perfect and delivered with pinpoint accuracy by hard-working co-drivers.

The rally runs two months later than normal with autumn well and truly set. Cooler temperatures, wetter roads and less grip on slippery gravel are hazards that drivers must counter this time.

“Now that it’s later in the year, the conditions could be really difficult if it’s wet and muddy,” Rovanperä explained. “That could change things a bit, but I’m really looking forward to it, and it’s going to be really nice to see the fans cheering for us on the stages.”

The Toyota team is based just outside Jyväskylä and the Yaris is undefeated at the rally since the Japanese manufacturer returned to the sport in 2017. But Ogier is taking nothing for granted.

“The Yaris WRC was born on Finnish roads so it should perform well there but I’m expecting tough competition as well, including from my team-mates. Nothing is decided in the championship yet so let’s see what approach we will take on this rally,” he said.

Japan’s Takamoto Katsuta and 2017 winner Esapekka Lappi also drive Yaris cars. Katsuta has stand-in co-driver Aaron Johnston alongside, while Lappi is back at the top level for the first time in 10 months.

The rally starts in Jyväskylä on Friday afternoon and returns for the finish on Sunday afternoon after 19 speed tests covering 287.11km.