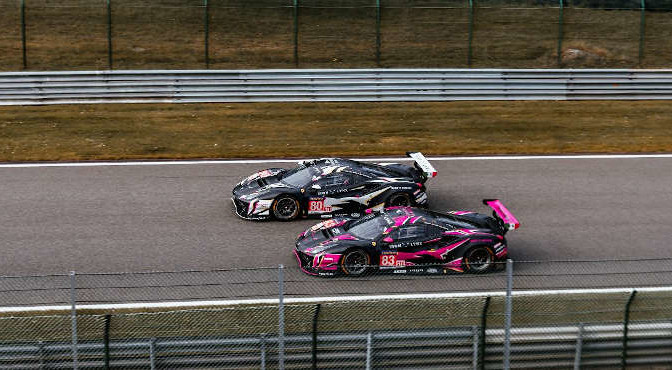 Hot on the heels of its GT3 Championship win in the Michelin Le Mans Cup series, today Italian race squad, Iron Lynx secured a double podium in the 4 Hours of Spa race, the penultimate round of the 2021 European Le Mans Series.

With the final round of the series taking place in Portimao in five weeks’ time, Iron Lynx now has a 20-point lead in the championship standings and is finely placed to add further silverware to its 2021 season achievements.

After leading the race for a significant period, the #83 Iron Dames car of Michelle Gatting, Sarah Bovy and Rahel Frey took the final podium spot. With just 3 minutes of the race remaining, Frey capitalised on a fast re-start after a full course yellow period to overtake the Porsche of Felipe Laser, holding him off until the chequered flag. The achievement was even more remarkable given that the Iron Dames trio started the race in last position after a lap cancellation during qualifying.

Meanwhile the #60 Ferrari of Claudio Schiavoni, Giorgio Sernagiotto and Paolo Ruberti finished in a fantastic fifth place. All three drivers battled hard throughout the race, performing a series of impressive overtaking manoeuvres to secure one of their strongest results of the season.

Iron Lynx team principal, Andrea Piccini, commented: “What a fantastic weekend of racing! I’m so proud of the drivers and the entire team. All three cars battled incredibly hard, whether we were chasing those in front, holding off others or even defending the lead of the race. Everyone showed the true spirit, commitment and determination that underlines the ethos of the team. We are looking forward to the season finale at Portimao next month.”