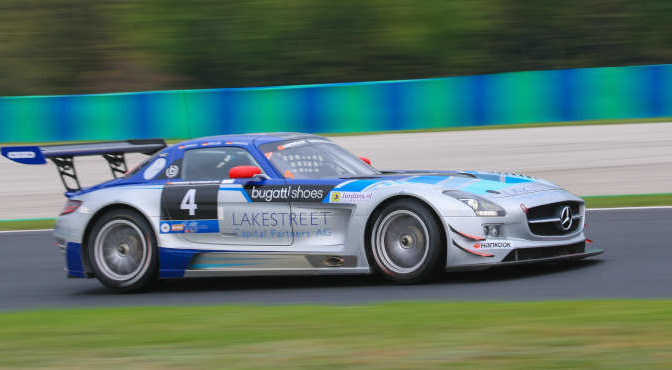 The 24H SERIES powered by Hankook will return to the Hungaroring this year on 2-3 October, doing so for the first time since 2014.

The 4.381 km Hungaroring became the first European circuit to host an official 24H SERIES event in 2008, two years after Dutch promoter CREVENTIC held its first endurance event at the Dubai Autodrome and remained a series staple until 2014. In that six-year period, the home of the Formula 1 Hungarian Grand Prix featured on the 24H SERIES every season bar two.

Now, after a seven-year hiatus, both CREVENTIC and management at the Hungaroring have agreed terms to revive the Hankook 12H HUNGARY on 2-3 October.

“This is a very special moment for a lot of us at CREVENTIC,” explains sporting coordinator Ole Dörlemann. “After two successful years hosting our first endurance events at the Dubai Autodrome, organizing our first 12-hour race at a European venue was a huge step towards creating the multi-round, 24H SERIES championship. The Hungaroring is positively brimming with motorsport history and is sited a stone’s throw from the magnificent and storied capital city of Budapest. We are very confident that many of our more established competitors will enjoy returning to Hungary once again with CREVENTIC, and we’re very confident that the Hankook 12H HUNGARY can produce the drama and on-track action at the heart of the 24H SERIES.”

Like many of CREVENTIC’s 12-hour events, the Hankook 12H HUNGARY will be split across two days with the series’ now conventional overnight intervention in-between. Following a 30 -minute qualifying session for both the GT and TCE divisions, part one of the race will take place between 16:30 hrs and 18:30 hrs local time on Saturday 2 October. After the restart at 08:30 hrs on Sunday 3 October, the race will thereafter run uninterrupted until 18:30 hrs that same evening.

The Hankook 12H HUNGARY effectively replaces the COPPA FLORIO 12H Sicily, which will no longer take place this season. Originally slated for the first weekend of October, the 12-hour event has now been put on hold owing to a change of presidency at the Autodromo di Pergusa, according to various Sicilian news stories brought to CREVENTIC’s attention by several teams. Numerous delays over the course of the summer mean the circuit has yet to finalise its president and several key positions on its board of directors, and as a result, is unable to host any major events at this time.

CREVENTIC remains confident though that, once a president for the circuit has been appointed, discussions for a long-term cooperation between the Dutch promoter and the Sicilian venue will resume.

“After such an enthusiastic response to the first COPPA FLORIO 12H Sicily, we are of course disappointed that the event is unable to return in 2021 after unforeseen difficulties have made this impossible,” Ole Dörlemann continues. “CREVENTIC is no stranger to this kind of challenge though, especially in the wake of Covid-19, and we feel very strongly that a return to the Autodromo di Pergusa is something our competitors, our supporters and our fans around the world are keen to make a reality once again in due course.”

Following the returning Hankook 12H HUNGARY on 2-3 October, the 24H SERIES season finale will take place as originally planned at the Sebring International Raceway with the first-ever Hankook 24H SEBRING on 18-19-20 November. Further details can be found on www.24hseries.com.