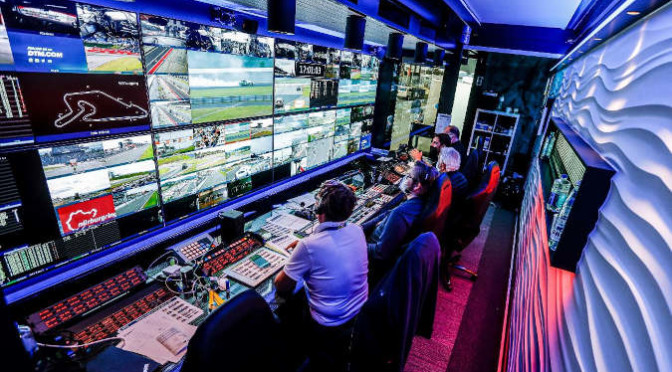 The 2021 DTM is catching attention more and more, on and off the race track: gripping races like at Monza, Lausitzring, Zolder and the Nürburgring – the next venue is Red Bull Ring from 3-5 September – as well as the high-class professional racing drivers from twelve countries are fascinating a worldwide audience. The number of countries in which the DTM action is broadcast live has increased to over 60. In Germany, the races are exclusively shown on SAT.1. And it doesn’t stop there: thanks to the comprehensive streaming portfolio, the DTM action can be watched around the globe, be it on the television screen or on smart phones. The number of viewers is steadily increasing, also on the series’ own streaming platform DTM Grid (grid.dtm.com).

Fascinating position fights, bumper to bumper, door to door, brave braking manoeuvres and courageous, captivating overtaking are brought to the screens with breath-taking footage. With over 50 camera perspective, no action goes unnoticed, twelve on-board cameras deliver fascinating footage straight from the GT race cars. Team radio inserts provide an emotional insight into the communication between pit crew and driver. That is making DTM to a breath-taking and unforgettable TV experience.

For the first time, DTM can be watched in India as well, where the interest is on Indian rookie Arjun Maini (Mercedes-AMG, Team GetSpeed) in particular. In South Africa, there are two stations, SABC and Supersports, especially reporting about the battle of the brothers between South Africans Sheldon van der Linde (BMW, ROWE Racing) and Kelvin van der Linde (Audi, ABT Sportsline), the current leader in the drivers’ standings. Moreover, multi-year partnerships were extended. BT Sport is broadcasting DTM in Great Britain, J-Sports in Japan, Beln in the Asian region, Ziggo-Sports in The Netherlands, Motortrend in the United States and Canada, Sky in Italy, SportTV in Portugal, VSport in Scandinavia and ServusTV in Austria.

“More than ever before, we have adapted our productions for TV, streaming and social media to suit the needs of our customers. We are producing tailor-made formats for our licensees, for various channels, platforms and users,” Oliver Simon, director TV & streaming of the DTM organisation ITR explains. “Our central content hub is the basis for our customer-specific content, the so-called ‘Customized Content’. This includes the ready-to-air signal for the live broadcasts just as well as highlights, interviews, news edits and stories up to the InRace clips that are already distributed live during the session and are a real hit, especially on the social media channels.”

Especially on the DTM Grid streaming portal (grid.dtm.com), DTM fans will find everything they like, all day long during all the eight DTM race weekends. For instance, all free practice sessions, qualifyings and races are shown, just live comprehensive previews and the most relevant post-race quotes, both from DTM itself and from partner series like DTM Trophy, DTM Classic with the touring car legends from the 1980s and 90s and the BMW M2 Cup for young talents from 16 years of age.