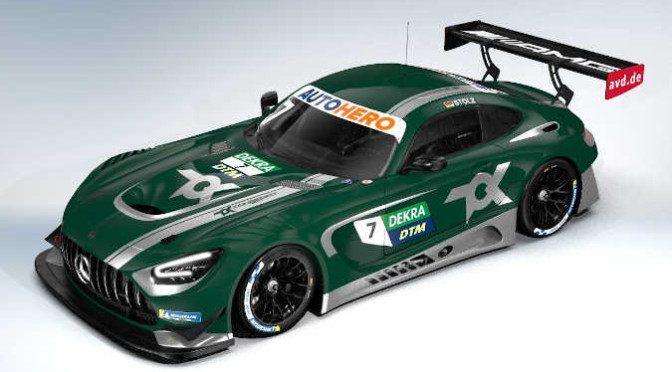 And one more! The field for the DTM race weekend at the Nürburgring will be packed. With Toksport WRT, another successful team from GT racing will be competing in DTM for the first time. As a result, from 20-22 August, for the first time, 23 drivers and cars from seven brands will be racing at the spectator-friendly sprint configuration of the Eifel circuit. The driver of the Mercedes-AMG Team Toksport WRT will be 26-year-old German Luca Stolz.

“We are very delighted to welcome Toksport WRT as yet another top team with a very strong driver in DTM,” says Frederic Elsner, director event & operations of the DTM organisation ITR. “The fact that we will have 23 cars on the grid at the Nürburgring shows how attractive DTM is for drivers and teams and provides even more on-track duels for the fans. And that is what we all want to see.”

Toksport WRT team principal Sadi Emre Buyukbayrak: “At the beginning of the year, we were already looking for opportunities to race in DTM, but it didn’t quite work out yet. Therefore, we are even happier now to be able to present ourselves in this long-standing series. We will definitely be ready and show that we can be an asset to DTM.”

Toksport WRT has already been successfully competing in rallying and racing since 2002. In the current season, the GT team with headquarters in Quiddelbach near the Nürburgring is participating in GT World Challenge Europe and ADAC GT Masters, where the outfit secured third place in its début season 2020 straight away. Next to Stolz with the Mercedes-AMG Team Toksport WRT, other drivers joining the field as guest drivers for the Nürburgring race weekend are Christian Klien (JP Motorsport McLaren), Hubert Haupt (“ Mercedes-AMG Team HRT) and Michael Ammermüller (SSR Performance Porsche).

Anyone wanting to watch the 23 world-class drivers and seven top-notch brands in DTM – Audi, BMW and Mercedes-AMG as well as Ferrari, Lamborghini, McLaren and Porsche – live can secure the final remaining tickets from the DTM Ticket Shop (tickets.dtm.com) and the DTM Ticket Hotline (+49 1805 99 11 66).