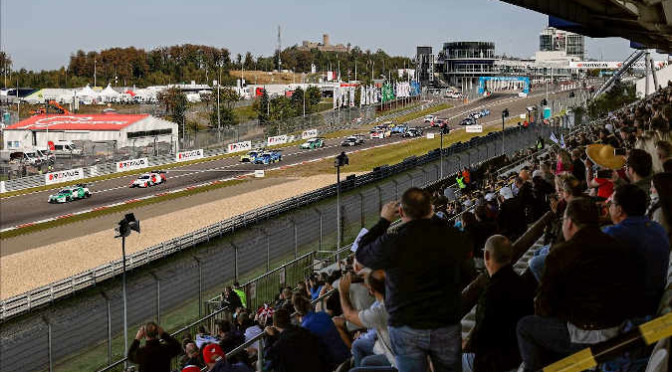 DTM at the Nürburgring: that promises an impressive field with over 20 race cars and numerous well-known drivers. From 20-22 August, the series is racing at the particularly spectator-friendly sprint configuration of the Nürburgring. Next to DTM, five further race series provide variety in the support programme. And the best thing: the grandstands along the start and finish straight will be open for spectators. Weekend and single-day tickets are exclusively available from the DTM Ticket Shop at tickets.dtm.com and the DTM Ticket Hotline (+49 1806 99 11 66). Anyone wanting to get a taste of DTM first will also find a suitable offer: tickets for the packed practice day on Friday can already be had at only ten Euros.

Six races, five different winners: in 2021, the DTM is exciting as hardly ever before. After the spectacular races at Monza, Lausitzring and most recently at Zolder, the series is now heading to the Nürburgring. At the entertaining sprint configuration of the circuit in the Eifel, fans can look forward to a first-class field with over 20 race cars from Audi, BMW and Mercedes-AMG as well as Ferrari, Lamborghini and McLaren. The drivers, meanwhile, rank among the best-known in the world. The field includes the likes of Timo Glock, Mike Rockenfeller, the van der Linde brothers or Formula 1 star Alexander Albon.

The DTM’s world-class drivers will be racing twice with the races getting underway at 1.30pm both on Saturday and on Sunday, each with 55 minutes of gripping race action. But next to DTM, there is plenty of on-track action, too: the DTM Trophy is staging exciting door-to-door duels with production-based GT sports cars. In DTM Classic, touring cars from years gone by are racing, driven by stars from the past like Klaus Ludwig, Kurt Thiim and Klaus Niedzwiedz. Also in the programme: the DTM Drift Show with a lot of burnt rubber, the BMW M2 Cup as well as the Lotus Cup Europe and the Ferrari Club Deutschland Racing Series.

The journey to the Nürburgring is definitely worth the effort, but motorsport enthusiasts are strongly advised to be quick with their ticket purchase as only a limited number of tickets is still available. Requirement for access is the common rule in Germany, which means either with a negative test, fully vaccinated (at least a fortnight after the second vaccinated) or reconvalesced (confirmed infection within the last six months at the longest). Moreover, following the distancing and hygiene rules (a medical face mask has to be worn away from the grandstand seat) ensures a safe event at the Nürburgring. The paddock still has to remain closed due to the pandemic situation.