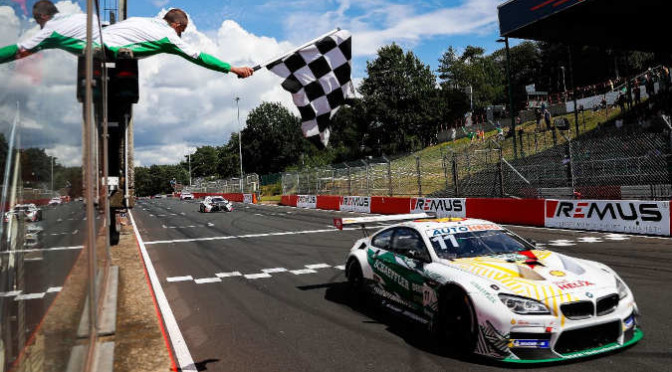 Close racing, thrilling duels and, eventually, the fifth race winner from six races: Marco Wittmann came out on top in the sixth race of the DTM season at Zolder in Belgium on Sunday. The 2014 and 2016 DTM champion won from pole position, followed by Maximilian Götz with the HRT Mercedes-AMG and Liam Lawson with the Red Bull Ferrari. For Wittmann and BMW, it is the first win of the season, for his team Walkenhorst, it was even the first-ever DTM race win.

With his victory at Zolder, Wittmann is also making a big step in the drivers’ standings in which the German is now in fourth place, just ahead of Thai Alex Albon (AlphaTauri Ferrari). Kelvin van der Linde (ABT Audi), who finished eighth on Sunday, remains in the lead of the standings. With 101 points, the South African is 21 points ahead of Lawson while Götz is third at 72 points.

Prior to the race weekend at Zolder, BMW wasn’t considered as one of the favourites. That made Wittmann even happier with his victory: “To be honest, I can’t fully believe it. Two years since my last win, that sounds like too long, really. We didn’t have any high expectations coming here as the track was said not to be suiting our car. However, we had a really good package.”

Wittmann made clever use of his first grid position and immediately took the lead. Following a collision between Philip Ellis (WINWARD Mercedes-AMG) and Vincent Abril (HRT Mercedes-AMG), after which Abril was unable to continue, the safety car was deployed. Wittmann also defended his lead at the restart, although Lucas Auer with the WINWARD Mercedes-AMG put him under pressure. Bad luck for Auer: the Austrian incurred a five-second time penalty for a pit stop infringement and eventually only ended up fifth.

Götz and Lawson, meanwhile, were the ones to benefit, not only finishing on the podium, but also were able to close up to Kelvin van der Linde in the drivers’ standings. “We are in contention again, we are close,” Götz delighted. “I didn’t quite expect it, but today, we did it really well.” Lawson, too, has an eye on the title: “I am very happy with the points. Unfortunately, my overcut didn’t work out, so I was unable to overtake Marco and Maxi.”

Like on Saturday, Esteban Muth in particular caused action in the field. With the T3 Lamborghini, the Belgian local hero put in some courageous overtaking manoeuvres and staged great duels, especially with points’ leader van der Linde. Eventually, Muth’s efforts were rewarded with ninth place, but Marco Wittmann was the big winner.

The next race weekend of the long-standing series is scheduled from 20-22 August. Then, the traditional race at the Nürburgring powered by Mercedes-AMG is on, where the world class drivers will certainly be staging exciting racing again at the short Sprint circuit.