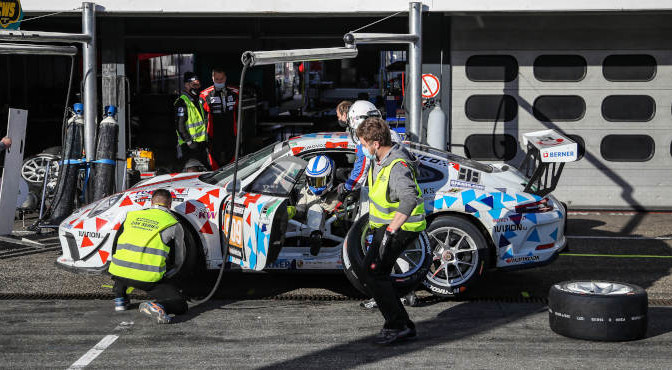 The Hankook 24H BARCELONA, christened the ‘Trofeu Fermí Vélez’ in honour of the late two-time Sebring 12 Hours winner, has been held every year bar two since 1998, and returns this September after a Covid-related hiatus in 2020.

The 24-hour race at the Circuit de Barcelona-Catalunya has already received 35 entries from 33 teams representing 15 different nationalities, with yet more registrations expected to be finalised in the coming weeks.

Ole Dörlemann, CREVENTIC sporting coordinator: “After logistical setbacks prevented us from hosting the Hankook 24H BARCELONA last year, CREVENTIC is incredibly pleased to have this event back on our calendar for 2021. The Circuit de Barcelona-Catalunya is one of the longest supporting venues of the 24H SERIES with a collaboration that first started in 2011. Our competitors and fans have always reacted very warmly to the Hankook 24H BARCELONA too, so to have such an exciting provisional entry list already in the works during these still very difficult times is enormously encouraging. We are all looking forward to going racing again very soon.”

Inaugural 24H SERIES Continents Overall GT Teams’ champion Herberth Motorsport has confirmed two of its Porsche 911 GT3 Rs for Barcelona. The Bavarian team, a two-time winner of the Hankook 24H BARCELONA, has already won twice outright in 2021 at Mugello and Paul Ricard, and was involved in one of the closest finishes in series history at Barcelona in 2019.

Alongside Herberth Motorsport, DINAMIC Motorsport will run the same Porsche 911 GT3 R with which the Italian team finished 3rd overall earlier this season at Mugello.

Ferrari will be represented by three teams at the Hankook 24H BARCELONA. Long-time Maranello customer Kessel Racing continues its maiden 24H SERIES campaign with its 488 GT3, while Wochenspiegel Team Monschau returns to the 24H SERIES for the first time since Monza 2020.

Spain’s PCR Sport completes the GT3 field in its first series outing since 2016. On that occasion, the Spanish team took a 1-2 finish in TCR at Mugello with two SEAT León Cup Racers.

In the GTX class, German heavyweight Reiter Engineering and Teichmann Racing will go head-to-head with Vortex V8 with their respective KTM X-BOW GTXs. The former has taken two commanding GTX class wins in 2021 at Mugello and Circuit Paul Ricard as well as a podium at the Hockenheimring, while the latter finished in the 991-class top three on its last outing at the 2019 Hankook 12H SPA.

True-Racing will also compete with an X-BOW GTX in Barcelona. The KTM stalwart last ran in the 24H SERIES at the 2019 Hankook 24H BARCELONA, at which, fittingly, the Austrian team gave the X-BOW GTX its competitive debut and its first category win.

Finally, former SPX class champion Cor Euser Racing will be looking to secure its first win with the MARC II V8 in the GTX class. Ironically, the Dutch team’s last class win in the 24H SERIES was in 2017, also at the Hankook 24H BARCELONA.

After making an explorative start with the new 992 generation Porsche 911 at Paul Ricard, Speed Lover enters its second race with the Cup car at Barcelona. PROFILDOORS by Huber Racing completes the 991-class line-up, and alongside a podium finish at Mugello, the German squad also took a category win at the non-championship Hankook 6H ABU DHABI in January.

In the GT4 field, Overall GT Teams’ championship contender ST Racing continues its maiden 24H SERIES campaign with the BMW M4 GT4 with which the Canadian team has already taken two championship class victories in 2021. Fellow North American entrant RHC Jorgensen-Strom by Century, which last competed in the 24H SERIES in 2019 at the Circuit of the Americas, has also registered a BMW M4.

Jönsson consult / eva solo rounds out the GT4 field and brings a two-year series hiatus to a close in Barcelona. The Danish team competed as Team Hyundai Denmark in 2019 with an i30 N TCR, and now steps across to the GT division with a Mercedes-AMG GT4.

Alongside Autorama, Holmgaard Motorsport and GSR Motorsport will also compete with solo Volkswagen Golf GTis. The latter took its first TCR class podium in the 24H SERIES last time out at Hockenheim, and while Holmgaard Motorsport owner Kim did race at the 2020 Hankook 24H DUBAI, his eponymous team has not competed with CREVENTIC since late 2019.

Overall TCE Teams’ contenders CWS Engineering and AC Motorsport return to action in Catalonia in the TCX and TCR categories respectively. The former is just one point adrift of the standings’ top spot and has entered its tenured Ginetta G55. The latter meanwhile has registered the Audi RS 3 LMS with which it has secured three class podiums so far in 2021.

The other Audi RS 3 LMS confirmed so far will be run by former GT4-class champion, QSR Racing.

The first of four CUPRAs entered for Barcelona is that of ‘Billionaire Boys Racing’ BBR. The Thai team finished 5th in-class at this year’s season-opener in Dubai, and under its previous guise as ‘MONLAU COMPETICION’, BBR secured the series’ TCR-class title in 2017.

As ‘Tictap Totcar Sport’, Spain’s RAIL EQUIP BY TOTCAR SPORT finished 4th in-class on its previous outing at the Circuit Paul Ricard and will once again race a CUPRA at its home event. The similarly-named TOPCAR Sport, co-owned by father-son duo Ruedi and Ronny Jost, will make its third start of the season in Barcelona. Fittingly, the Swiss team took its first overall TCE victory in the 24H SERIES at the same event in 2019.

Spain’s RC2 Junior Team by Cabra Racing will make its third start of the season in Catalonia, and will be hoping to claim the first podium in the 24H SERIES for the updated CUPRA Leon Competición TCR.

Team ACP – Tangerine Associates rounds out the TCE division so far with its BMW M2 CS Racing. The American team returns to the 24H SERIES for the first time since winning the TCX-class at the 2020 Hankook 24H DUBAI.