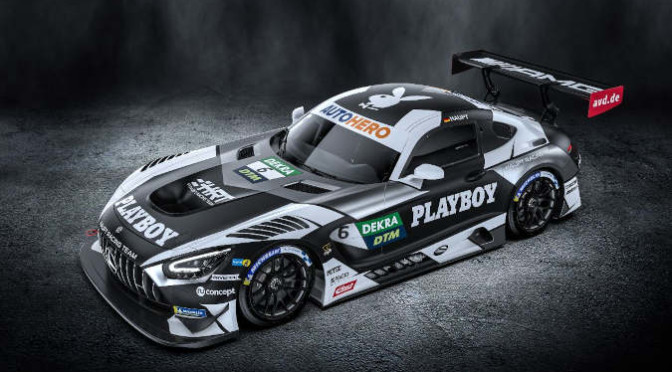 For Hubert Haupt, another dream is coming true. With the Mercedes-AMG of his own Haupt Racing Team (HRT), Hubert Haupt will be making his comeback in the series, making the transition from team owner to teammate, creating an unprecedented feat in the process. The 52-year-old is the first driver in DTM to compete in all three eras of the long-standing series: in the classic DTM from 1984 until 1996, in the second era from 2000 until 2020 and, finally, in the current age of the GT race cars (from 2021). In the years 1991 and 1992, Haupt participated in 25 DTM races as a works driver for Audi, scoring his best result by finishing third in the AVUS race in Berlin in 1991. In 2001, he was on the grid for 20 races with Opel. By founding his team HRT in the summer of 2020, participating with a pair of Mercedes-AMGs in the 2021 DTM, the real estate entrepreneur and project developer had already fulfilled his first big dream.

With its world-class field, the DTM is racing in the German Eifel region from 20-22 August. On Saturday and Sunday, at least 20 DTM race cars will be heating up the asphalt at the Nürburgring. The races get underway at 1.30pm on both days, broadcast live on SAT.1 and in over 60 countries worldwide. Driving the black-and-white Mercedes-AMG with starting number 6, Hubert Haupt will be involved in the closely-fought DTM action. His comeback is supported by a prominent and well-known partner that has been involved in DTM for many seasons as well: globally known lifestyle magazine PLAYBOY.

“This is another dream come true for me. First my own team, participating in DTM, and now I am back behind the wheel in this series of which I have so many memories. As a racer, you can hardly imagine anything better,” Hubert Haupt says.

As a team owner, Hubert Haupt is running his team HRT, based in the business park at the Nürburgring, but when he is getting behind the wheel of the third HRT Mercedes-AMG, his drivers will also be his rivals for the moment. During the spectacular DTM season opener at Monza, the two HRT drivers Maximilian Götz (GER) and Vincent Abril (MON) already racked up podium results straight away. “From a sporting point of view, the opportunity to test myself in this strong environment with young professionals is obviously appealing. We are well prepared and I believe that we can get a good result,” says Haupt, who has been successful in endurance racing for years. As recently as last Saturday, Hubert Haupt was on the podium with his teammates Adam Christodoulou (GBR) and Patrick Assenheimer (GER) after finishing second overall in the four-hour race at the Nürburgring Nordschleife.

“It is impressive that Hubert Haupt is participating as a driver in all three eras of the DTM. His comeback, in combination with the return of a prominent partner, is a really valuable addition and underlines the DTM’s appeal,” says Frederic Elsner, director event & operations of the DTM organisation ITR.

DTM is staging its second race weekend at DEKRA Lausitzring from 23-25 July.